Sci-fi racer Hyperdrome is now in open beta on Android for all to try. It’s a good chance to give the game a spin before it launches on Android and iOS in the coming months.

Racing games aren’t exactly a novel concept, but Hyperdrome has set itself apart with its interesting tactical mechanics. Your success in a match is determined before you even hit the gas pedal. 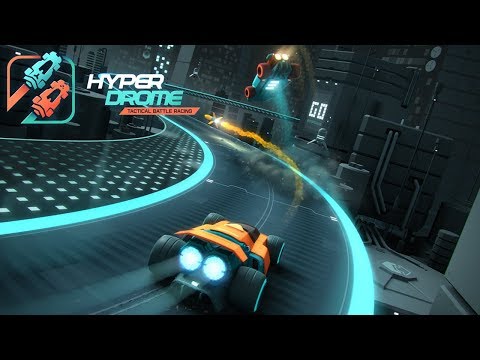 Hyperdrome is packed with dozens of different weapons and buffs that you select beforehand. Deploy battle drones to slow down your opponents, or use a teleporter to zip ahead to first place. When you’re ready to race, you’re free to use your chosen abilities anytime you wish, though timing is key if you want to be victorious. Hyperdrome will feature AI and 1v1 online multiplayer races. You can join Hyperdrome’s open beta right now on Google Play, or pre-register on the game’s official website.

Hyperdrome is a frantic mash-up of a card game and a racer that's out now for iPhone, iPad, and Android