What is the difference between a strategy game and a tactics game?

After some extensive research into the subject (well, a five-minute Google search), we've found that the dividing line is not entirely clear.

But I think it comes down to scale.

In strategy games, you command nation-sized armies, with turns that can last decades. Tactics games are about intimate squads, and orchestrating the next few minutes of action.

So, while we wait for the XCOM: Enemy Unknown skyranger to touch down on the App Store later this week, we've put together this list of five stellar turn-based tactics games that will tide you over until Thursday. 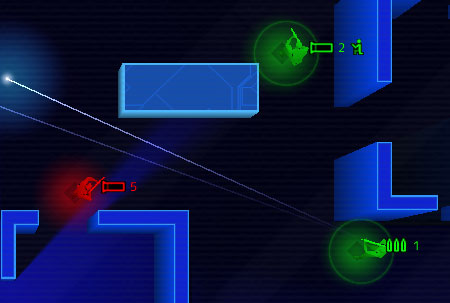 There's certainly a lot of micro-management in XCOM: you tell your squaddies when to reload, where to stand, and whom to kill. But that level of micro-management doesn't come close to Frozen Synapse's. Here's a game in which you are forced to plan out each unit's next five seconds of life.

Through a wonderfully complicated interface and some stripped-down-beyond-recognition visuals, you'll conduct your operative's every step, every look, every shot, and every pause in excruciating detail.

It makes for thrilling tactical fights as you orchestrate and execute a perfect plan. It also makes for painful viewing as you watch a failed idea get ripped to pieces in the blink of an eye.

Final Fantasy Tactics: The War of The Lions
By Square Enix - buy on iPhone or buy on iPad 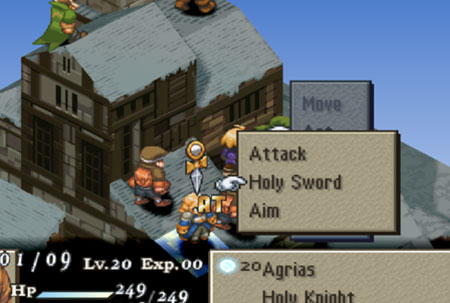 Final Fantasy's battles were always so simple. Bad guys stand on the left and good guys stand way over on the right. You know, as if a slow song had just started playing at an awkward school disco.

In Final Fantasy Tactics: The War of The Lions, however, Squeenix mixes it up considerably. In the scrappy isometric skirmishes here, you can play with the geography of a battle, giving an archer the higher ground or letting a thief sneak around the outskirts of a battle to outflank his opponents.

Not everything was changed in Square Enix's leap between genres, mind. You'll still have to meticulously tutor individual RPG heroes, while the sprawling, twisting-and-turning, epic narrative of a traditional Final Fantasy game is present and accounted for. 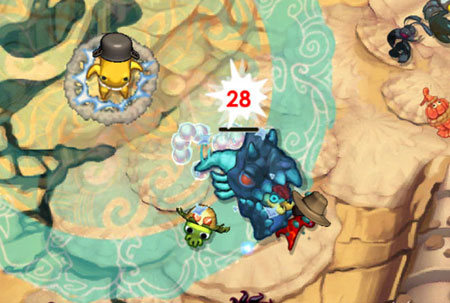 Paramilitary operatives wiping out aliens. A resistance faction rising up against a corrupt government. A medieval cadet caught between warring counties.

Tactical games sure are serious affairs.

Enter Squids Wild West, a charming cartoon game about a squad of cephalopods which is defending its hometown from an ecological menace.

Squids Wild West has all the tactical thrills of any game on this list. But by giving it a playful physics twist that's more Angry Birds than Final Fantasy Tactics's angry bards, The Game Bakers ensures Squids Wild West is far more accessible to genre newbies.

Hunters 2
By Rodeo Games - buy on iPhone and iPad 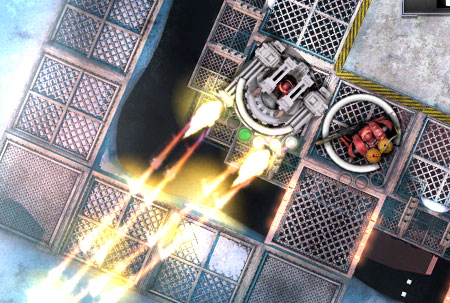 The similarities between Hunters 2 and XCOM are everywhere. Both games have a fog of war, action points, and upgrade paths. In both, you need to move deliberately, check corners, and avoid rushing.

And, of course, both are about a bunch of mercenaries squaring off against weird alien foes.

A sparse campaign and lack of multiplayer hold Hunters 2 back from true greatness, but the game did catapult Rodeo Games into the spotlight as the go-to tactics developer on iOS.

Aliens versus Humans
By Leisurerules - buy on iPhone and iPad 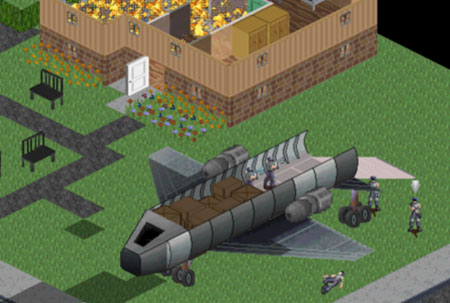 Some might argue that the new XCOM game is too basic. An overly simple reboot of UFO: Enemy Unknown for brain-dead console gamers who just don't have the tactical acumen to save the earth from pixellated aliens.

Aliens versus Humans is a faithful (and unashamed) fan re-imagining of the XCOM original for iOS, in all its dizzyingly complicated glory. You'll run multiple bases, check for alien combat, micro-manage your sizable squads, and feel an ocean of nostalgia wash over you.

Hunters 2, Call of Cthulhu: The Wasted Land, and more reduced to 69p/99c in 'Super Strategy Sale'

Launch trailer for Hunters 2 on iPhone and iPad