Hunt Royale is an upcoming Battle Royale title by Boombit that will be releasing worldwide on March 25th. The publisher claims it is a new and unique type of battle royale game that stands out from the pre-existing games in this genre.

The aim will be to show your skills and become the best hunter. Enter the hunting grounds to hunt monsters, and gradually skill up your character and its abilities. As with all battle royale games, the aim is to be the last person standing.

Out of four warriors in the hunting ground, prove yourself as the best one as each level will pop up a unique monster to encounter. The game has 30 characters to play from and each will have its own skills and abilities which are unique from the rest. 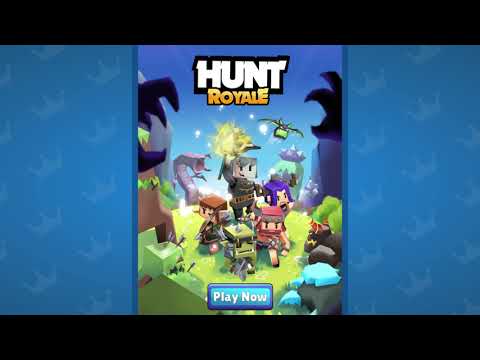 The game is constructed with the idea of mixing the MOBA with the Battle Royale genre. It draws the idea from games like League of Legends where the character levels up by eliminating creeps and earning experience whilst the controls and game mechanics ideas are from BR games.

While on the playground in-game, players have to focus on their positioning on the map, on finding proper monsters to hunt and on levelling up whilst creating effective builds for every sort of enemy.

The game is made using voxel-based graphics, if you are familiar with Minecraft then you will surely like to play this game. It also has an element of surprise as it randomly hosts numerous events with lots of rewards up for grabs.

Stick to the aim of surviving till last and compete with other players to make your mark on the leaderboard. Finally, you will be able to choose between close combat, range combat, magic, brute force, good, evil before landing on the battleground.

Hunt Royale is now available on Google Play Store and iOS App Store in some regions whilst a worldwide release is planned for March 25th. It’s a free-to-play game with in-app purchases.

Looking for more great action games for Android? Here are 25 of the best available on Android.
Next Up :
Mission Zero drops three new character trailers ahead of technical test