Hook Up: The Game is a UI-based metagame for iOS and Android that deals with mental health and trauma

Are you the same person you were in high school?

The new up-and-coming developer and BAFTA scholar, Sophie Artemigi, is launching a new game on iOS and Android called Hook Up: The Game. it will explore the concepts of love, mental health, trauma, and recovery, all in a fresh and unique way.

The central dogma of this game is a simple question - “What if you matched with your high school bully on a dating app?”

In Hook Up: The Game, you play as Alex, a 20-something-year-old who is looking for her significant other on a popular dating app called Hook Up. But everything goes awry for her when she matches with her bully George from high school, who is now a successful Hedge Fund Manager. The two start getting closer to one another and it is only then that Alex begins to find the true meaning of forgiveness and what it means to heal the scars caused by past trauma. 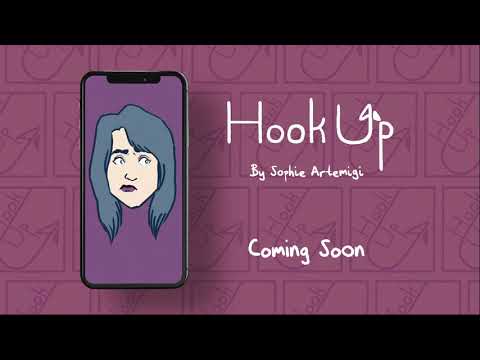 The gameplay is similar to a dating app. It is a UI-based metagame. Players will be interacting with Alex’s profile of a young, sex-positive woman. Players will be able to swipe on potential matches and read conversations with them, while also being able to type messages and interact with matches. Through these matches and conversations, the narrative begins to unfold.

Alex had a tough childhood. During her younger years, she lacked social skills and had mental health issues. This caused her to be a victim of bullying, to the point of suicide. She was promptly pulled out of school, which caused her to carry this burden until now.

In her late twenties, she decides to live life to the fullest and now is on a high of self-love and confidence. But she only buried her past life, she never dealt with it and it was bound to catch up with her eventually. Everything comes to the surface once again when she matches with George. But through the game, players will help Alex deal with her past and cure her of all the trauma she has been through.

She and all of us need to confront our past and fight all our inner demons to become the best versions of ourselves. It is vital to never neglect your mental health and I would earnestly request everyone reading this to take some time to check up on yourself and your close ones.

Looking for some narrative-driven games to play on your phone? Here are some of the best that were released in 2020
Next Up :
Ninja Must Die is an upcoming combat-focused action runner with stylish ink-based visuals, now open for pre-registration