Next to driving games, finger-controlled sports have become something of an exciting problem for iPhone game developers – and none have entirely cracked it yet (though iBowl and iGolf probably came about as close as any so far).

The all-new Hit Tennis looks like it might have found a decent work around for iPhone sports, however, creating something of a 3D Pong-clone from the tennis scenario. Hitting the ball is as simple as swiping your finger across the screen, though looking at the gameplay video below, it seems to have a more accurate effect on your tennis bat than similar games have managed.

Of particular note, however, is the two-player game. Played on a single handset, Hit Tennis uses a split screen mode to create something of a two player, 3D Pong-style of game – quite ingenious, in terms of its 'cocktail cabinet' mechanics that undoubtedly make for a heated few minutes of simulated lawn action.

Live on the App Store now, Hit Tennis is labelled as free for a limited time (due to bump up to around £1.19 in a few days), so if iWimbledon is your bag smash the 'Buy It!' button to go and check it out. 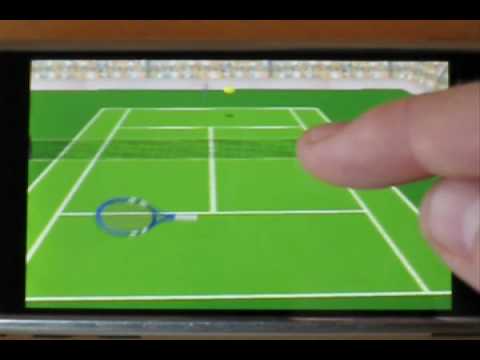 Subscribe to Pocket Gamer on
Next Up :
Gordon Ramsay’s Chef Blast tasks players with renovating a run-down kitchen in the latest Kitchen Makeover update

Hit Tennis serves up a smash for the iPhone