Climb up ranks quickly with this guide

Heroic Magic Duel is actually a game that slipped right under my radar, but upon picking it up, hey, it's pretty good, right?

In Heroic Magic Duel you'll be taking control of a hero, and using a deck of cards to battle against enemies, though this is more akin to a Plants VS Zombies three-lane affair than something like Hearthstone.

I've been playing the game and I have to give it props for playing a damn good game of cards. Or, three-lane battles, or… whatever this genre is called. It's alright, is what I'm trying to say.

If you want to rise through the ranks quickly and earn yourself those victory chests, then you should check out our tips below, which will tell you the important information you need to rank up real fast.

How to magic duel 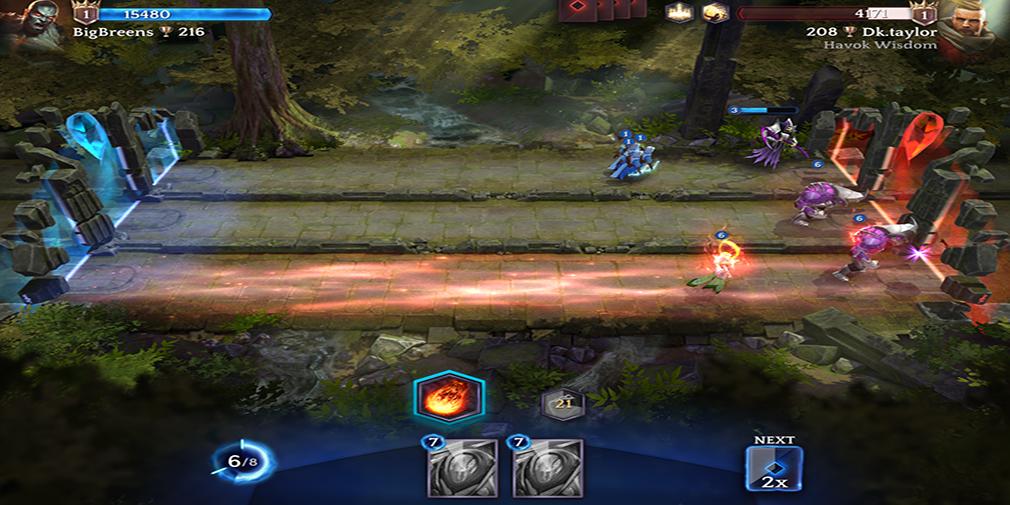 You begin the game with three lanes and a home base on each side, yours on the left, the opponent's on the right. You simply drag a card from your hand onto one of the lanes, assuming you have enough mana, to summon a unit which will march on your opponent's base to do damage.

The rest plays out as you might expect. The opponent will place down units, those units each have special capabilities, and you must defeat enemy units in order to march on their base and deal out that all-important damage.

You'll get multi-man units with low health, large and slow units with high HP and damage output, multi-hit units, and a bunch more.

For the starter deck, it's pretty simple rules. The Reaper card will slice through multiple units at a time but has fairly low health. The Undead Horde and Archers units will summon multiple units at once, great for slowing down enemies, but not great for damage output.

You must break down your opponent's units in order to penetrate their base, all while protecting your own.

Skills will quickly become incredibly important, and each hero will learn five skills.

To start with, Ruul will get a fireball to drop down on enemies to do damage to any clustered together on a single lane, and later gets another to speed up and power up units on a given lane.

Skills have cooldowns, and of course you should use them quickly in order to get the cooldown ticking away again ASAP. Damage dealing skills are great for doing away with multiple units, while other skills will push away enemies from your base and save you, like Valen's Phalanx skill.

There will come a time where you have no cards in your hand, and the game will prompt you to trade five mana for a new card. This isn't always worth it, but can be.

If you are lacking units on the field and your next card is several seconds away, this can help get a unit out fast to protect you, or do away with enemies.

It's a tough call, but you will likely be fairly far into a battle by the time this option comes around, and therefore should have a decent amount of mana stocked up.

Don't try to conserve. That works in many card games, but not this one. Whack out a unit ASAP, for your mana cap will expand over the course of the game.

That means stocking up at the start will actually lead no where. Use your weaker units as soon as you can, just to populate the field and force your opponent to scramble.

It applies to the above tip too. By the time you're being asked to draw cards, you will likely have plenty of mana, and letting it sit there is no good. Action is better than inaction, and that mana will replenish pretty quickly. Just make sure to have a fair few low-cost summon units in your deck so you don't get stuck.