A tonic against the dark lord

Abraham Van Helsing was a character in Bram Stoker's novel, Dracula, which as well as kickstarting that whole vampire thang, is also well out of copyright and hence available for cultural appropriation.

US developer Ratloop, via publisher Clickgamer, has done something a bit different with the vampire hunter however in its new game Helsing's Fire.

It's a sequence-based puzzler in which you have to place a torch in a dungeon full of nasty creatures, and then use sidekick Raffton's coloured tonics to destroy said nasties in the correct order.

What makes the game increasingly tricky is you can only destroy creatures that are illuminated by the light of the torch and which are the same colour as the tonic you're using.

Zapping a creature of a different colour makes it doubly powerful. And as you only have a limited amount of tonics in each level, that usually means you have to restart. Other issues arise as you can't zap any humans, while ghosts disappear when they are illuminated, providing an additional memory element.

All-in-all then, you have to place your torch in the right location and use the correct coloured tonic for each blast of holy fire if you want to successfully work your way though the 90 campaign levels. There's also a randomly generated and time-based Survival mode to unlock.

And as well as the interesting gameplay and stylish graphics, another thing that impresses are the subtle and gentlemanly interactions between Raffton and Van Helsing.

"It appears one of the young ladies wasn't exactly what she said she was," Raffton admits at one point: something that no doubt will have implications later in the game. 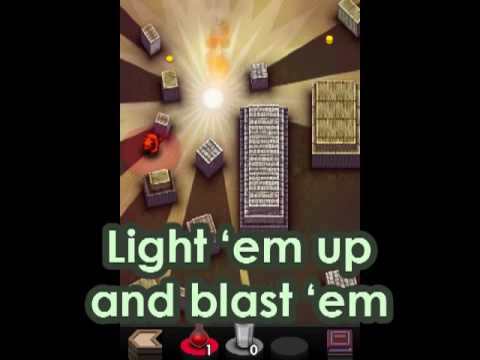 Subscribe to Pocket Gamer on
Next Up :
Identity V's fourth anniversary celebrations continue with the Bernstein's Haze event