We're two weeks past Boomsday. Those who were expecting the explosion to wreck the old meta have been in for a surprise. Plenty of new cards are seeing play, but all-new archetypes are thin on the ground.

That's good news for established players and for the game as a whole. It's also good news for you, as it means you can keep on running our suggested builds with only a few tweaks.

Who knows: there may be some hot decks waiting in the wings to take off. But in the meantime here's the top picks to keep you climbing the ladder while we wait for the meta to settle.

All classes got a bunch of new mech-based cards to play with, and Paladin looked to have some particularly juicy picks. But Mech Paladin hasn't proved the powerhouse some predicted.

Instead, a few of those Mechs have wormed their way into the Odd Paladin deck. It's still great for flooding the board with teeny minions faster than your enemy can clear them. Now it's got a new trick, using Magnetic Mechs to build big threats if it needs them. 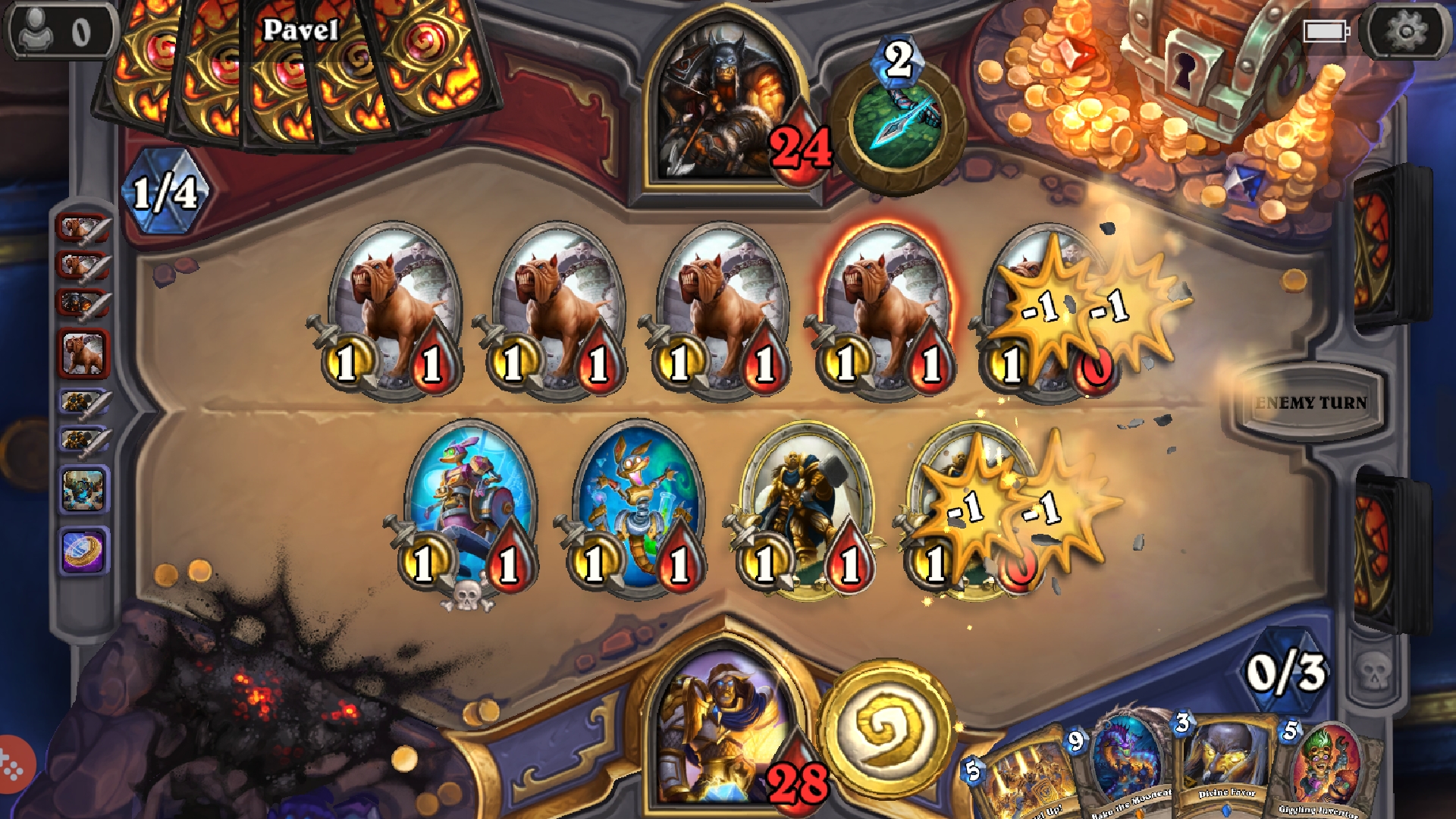 This was a tier-2 deck in the previous meta, but it's climbed back into contention. The surprise is that it's the decks around it that have changed more than this deck itself.

The only new card that it runs is Secret Plan, but it's a huge addition, giving the deck even more flexibility than it had already. With the huge range of secrets at its disposal, it's now able to survive most early and mid-game threats until it can get its Secret engine working.

The fact a deck built around a 2-cost card proved competitive was surprising enough. What's even more of a shock is that a revamped version with a bunch of Boomsday Elementals is now even better!

While the old one tried to out-last and out-value opponents, this build is more like classic Shaman. Spawn out a huge number of Totems and other cheap tokens, then buff them or use Bloodlust for a burst finish. You read that right: Bloodlust, a five cost card, is now available in an Even deck thanks to new card Arcane Dynamo. 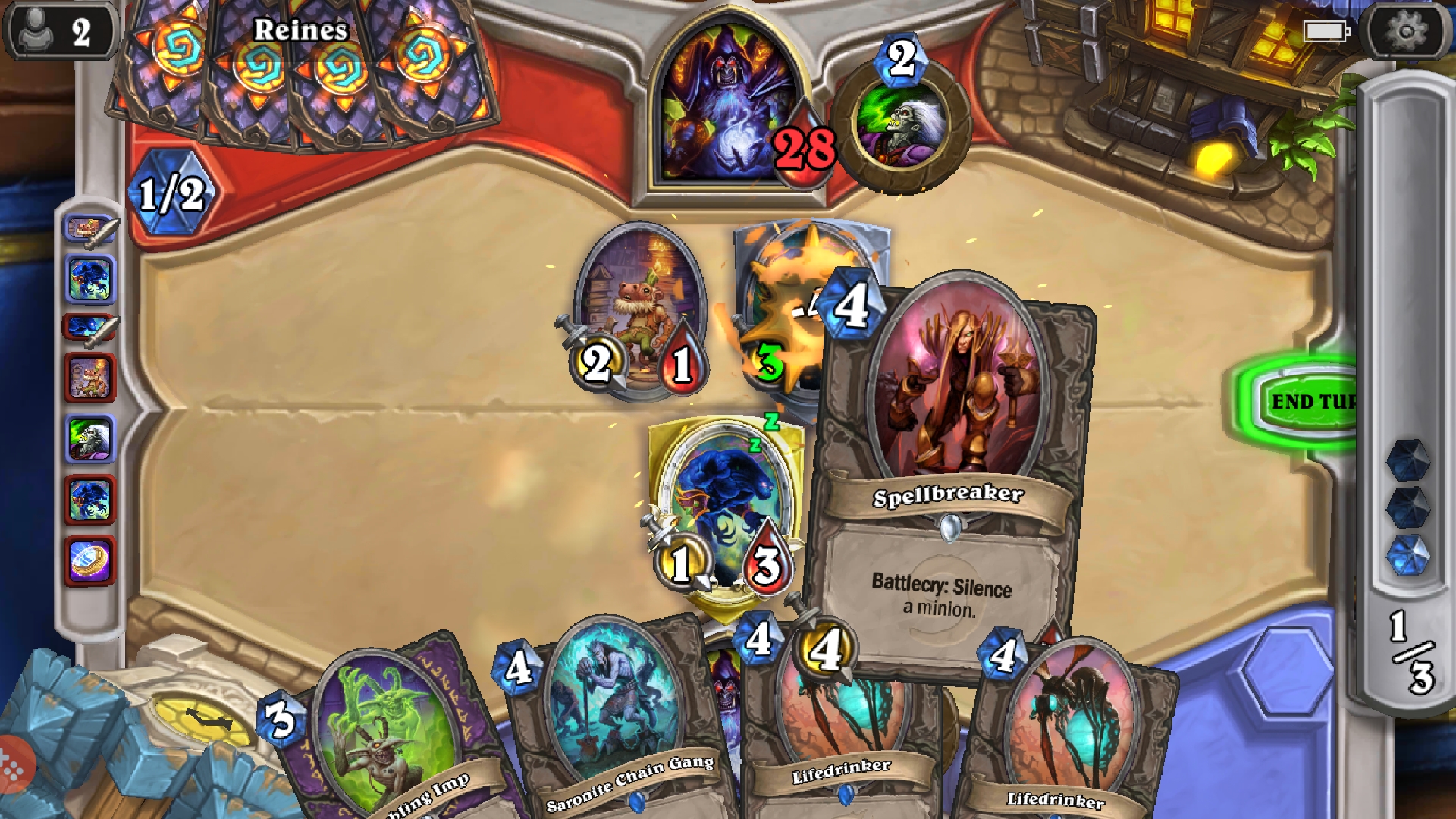 Love it or hate it, Zoo Warlock decks are the only archetype to stay competitive through all of Hearthstone's history.

It got some sweet new toys to play with in the expansion. Soul Infusion and Doubling Imp fit well into its game plan to spawn buffed pairs of minions. And new Legendary The Solarium gives it some terrifying finishing power with a little luck of the draw.

There are several versions of this deck doing the rounds, but this is the one we like best. As a bonus, it's cheap, too.

If you're an Odd Rogue fan, you're in luck. You need to change almost nothing to keep your deck competitive. Giggling Inventor is a cheap and easy defensive tool to add to your arsenal. Indeed, it's become the signature card of the new set, finding a spot in lots of decks.

Your other boon is a new Legendary, Myra's Unstable Element, giving your deck a bit more late-game staying power, but it's strictly optional. 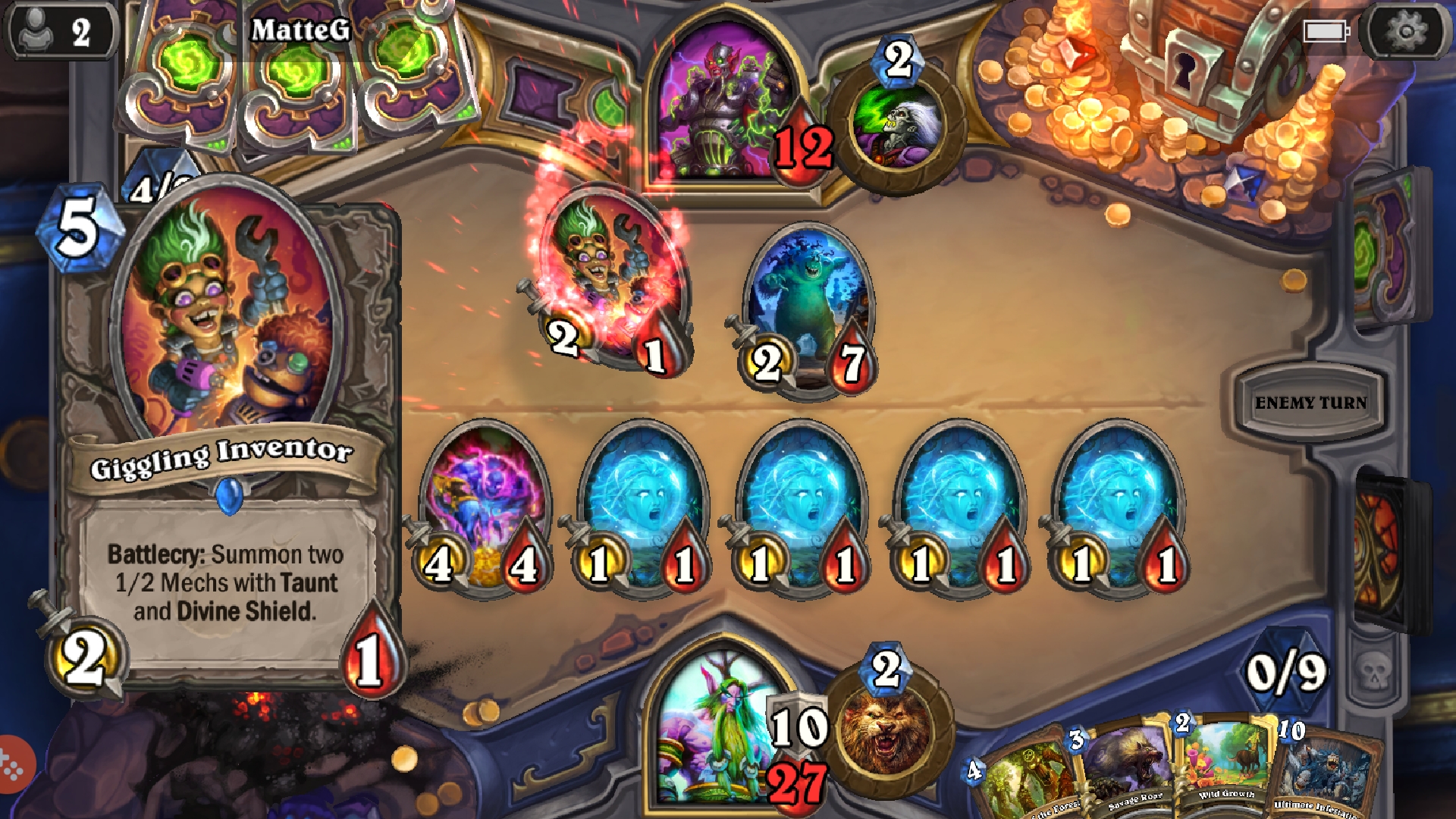 Finally, it's a similar story with Token Druid which also adds just three new cards. And it's even a similar three with two Giggling Inventors and the class Legendary spell Floop's Glorious Gloop.

That, however, is a massive boost giving the deck the chance of huge turns, spending up to 20 mana. Given the way Unstable Evolution can swing a game and refill your hand, it's turned Token Druid into a potential powerhouse.

We originally called this archetype Secret Mage, but the current version only runs three. It makes up for it with hugely increased potential for card drawn and direct damage.

New card Cosmic Anomaly which adds extra spell damage is an absolute beast. Together with the classic old Mana Addict its transformed this deck into a dangerously aggressive direct damage machine.

The obvious omissions are Warrior and Priest. Neither are doing that well in the current meta, much as they didn't in the previous one.

Warrior is the big surprise: the Mech-powered rush decks that many people saw being competitive haven't proved as powerful. Instead, a defensive version using Odd cards has arisen as the best contender.

Priest by contrast, is doing best with an experimental buff build called "APM" for "actions per minute". We'll keep you posted.

0/8
Next Up :
Blue Archive tier list updated to the latest patch