Out now: Headshot Heroes is a football game about decapitating goalkeepers

I thought the title of Headshot Heroes was silly at first.

This is a football game, not a shooter, why does it have "headshot" in the title?

Turns out it's called Headshot Heroes as it has you blasting footballs at the heads of goalkeepers in order to decapitate them.

I should have known.

No, really, that's what Headshot Heroes is. You tap to pass the ball up the pitch and then, when it comes to 'shooting' at the goal, you aim for the head.

If your shot is on target then the keeper's head comes clean off. Red pixels for blood and everything. 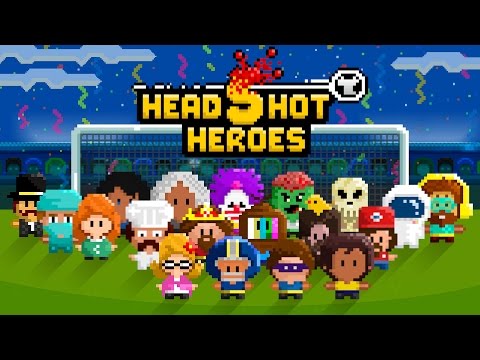 You're supposed to unlock teams by collecting keeper heads. Included are sushi chefs, cats, and ghosts. It's a bit barmy like that.

Fancy giving it a go? Headshot Heroes is free to download on the App Store right now.