Camera phones have been with us for over a decade, but Nokia's latest smartphone has to be the closest anyone has come to producing something that can genuinely answer the critics who say a phone camera could never substitute a standalone.

With the inscribed words '41 Megapixel', 'Zeiss', and 'PureView' appearing on the protruding lens, the Lumia 1020 clearly wants to brag about its imaging credentials, and since the launch of the Lumia 920 Nokia has supported its Lumia phones with a range of applications to get the best photos, in a range of conditions. 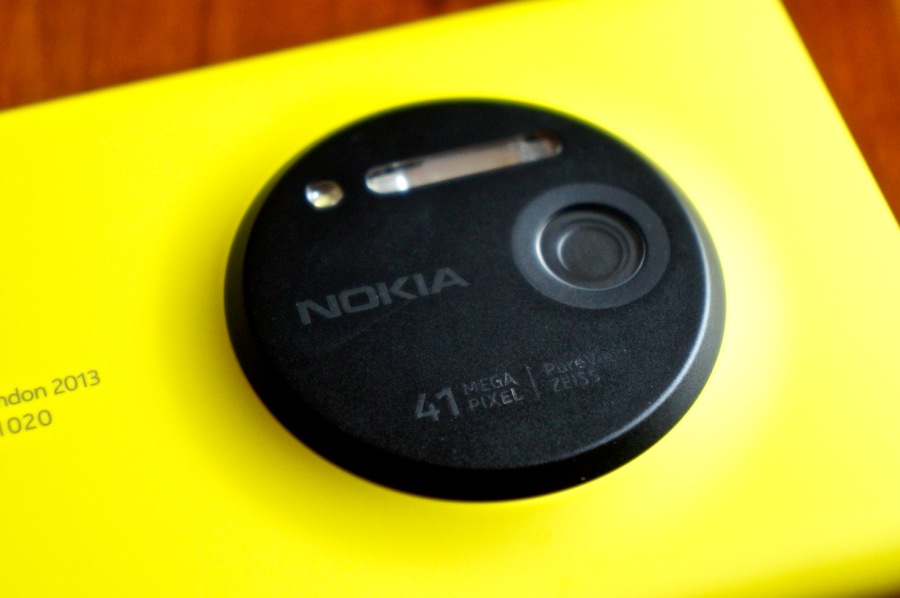 The Lumia 1020 has a unibody polycarbonate case that allows for a range of bright colours, although in the case of the 1020 you only have black, white, or yellow to choose from - so far at least. Our review device came in rather garish yellow.

There's not much more to say about the design that hasn't been said about previous Lumia models, and when it comes to ports and buttons it's the standard Windows Phone experience: power, volume, camera, headphone socket, micro-USB port, and (micro) SIM card tray. 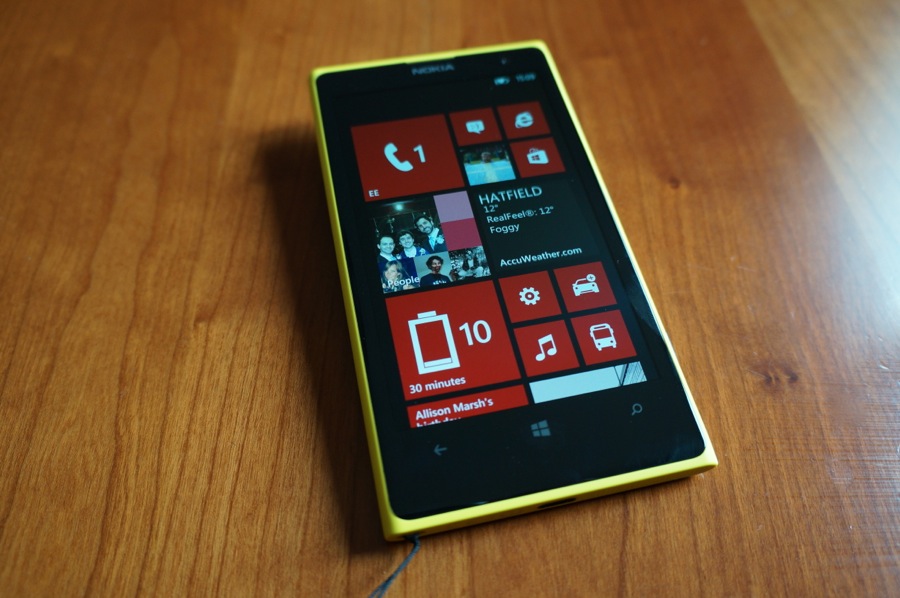 One difference on the 1020 is a RAM boost from 1 to 2GB, although, given the limited multitasking capabilities of Windows Phone (which helps to reduce power consumption), it's not clear how much benefit this extra RAM will actually bring in normal use. 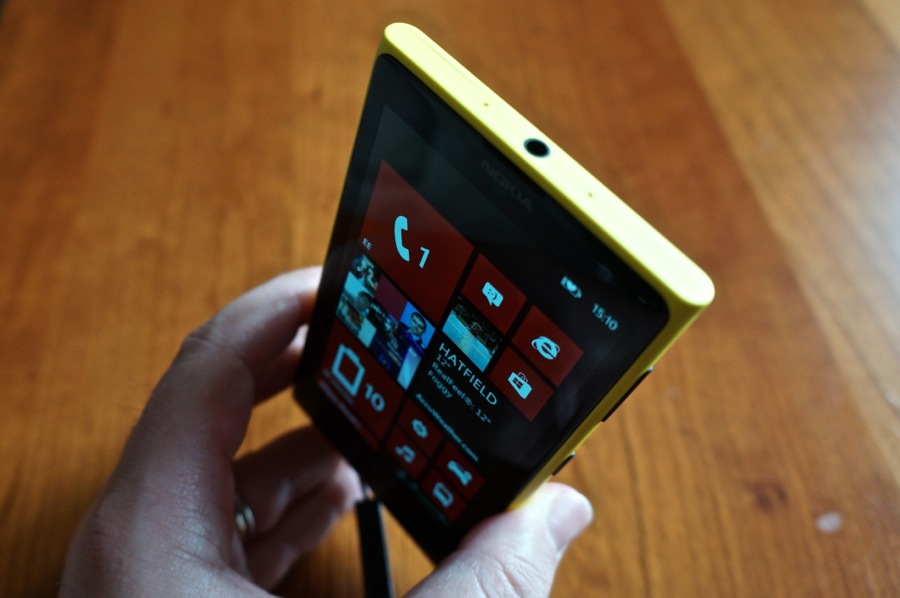 And just like the 920 and 925, the Lumia 1020 also has no expandable storage. Our review unit came from O2, which has an exclusive on the 64GB model. Other networks will sell only the 32GB model, but this should be more than enough for most people.

The killer feature of the Lumia 1020 is the camera, and that's probably why you're reading this review.

PureView was a project to improve camera imaging that was first released in the obsolete-at-launch 808 PureView. While some of the technology made it into the 920 and 925, it's only the 1020 that brings the full 41-megapixel image sensor to a phone that runs a current operating system, even if Windows Phone still trails far behind Android and iOS.

The latest incarnation has many new features that should raise the eyebrows of the professional and amateur photographers alike.

It's not about simply capturing massive photos that would use up all your storage, take ages to share with anyone, and be totally over the top for almost every conceivable use (unless you happen to print billboard posters as a hobby).

What the sensor offers instead is the ability to point and shoot, then adjust and edit your photos later. While the raw image is saved to the phone itself (and can be copied via a USB connection to a PC), you are normally presented with a 5-megapixel image that is 'built' from the full-sized image.

With such a high-resolution image captured in the background, you can zoom in up to four times with no loss in quality - or, if you had zoomed in to take your picture in the first place, zoom back out and reveal everything that was captured.

You can not only zoom in and out, but also rotate to get the shot exactly as you'd have liked to get in the first place. 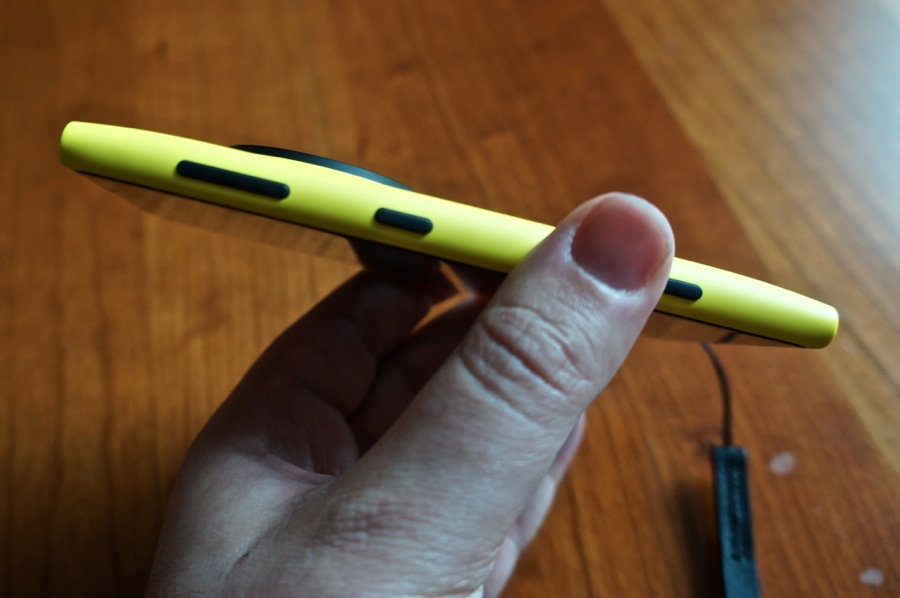 Nokia calls this 'Zoom Reinvented', and it's an awesome feature that's exclusive to the Lumia 1020. It means you never need worry about framing the shot perfectly in the first place. It really is revolutionary, and presently unrivalled.

Throw in a Xenon flash and optical image stabilisation and there's not a single phone out there that can offer the same camera features as the Lumia 1020.

The only negative is that, on occasion, the phone might struggle with the colour balance and give you photos that are too warm and yellow, even with a hint of green at times. However, this is easy to fix in any half decent photo editor, and a small price to pay for the overall package. 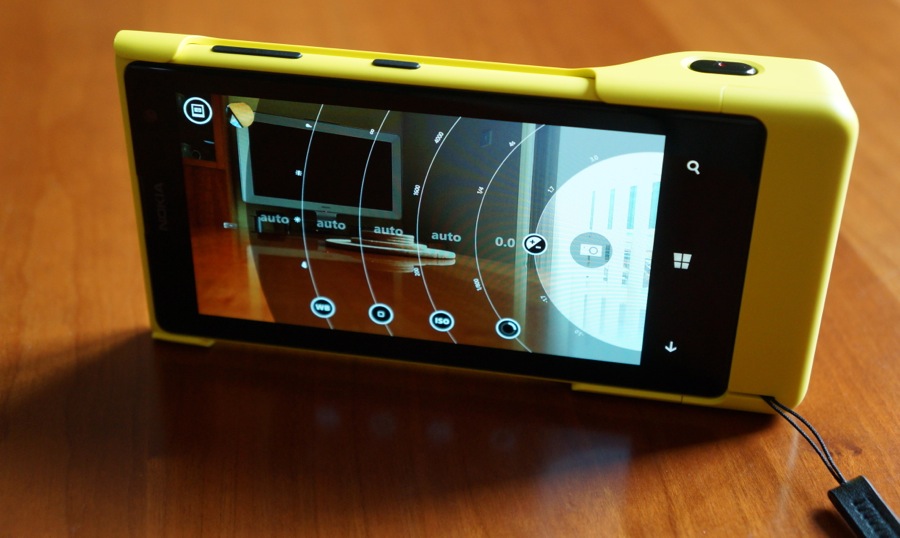 Even recording HD video allows you to use the zoom, with no loss in quality - although you'll probably need a fairly steady hand.

Nokia has also released the phone with some accessories, like the camera grip. This not only improves the ergonomics of the 1020 when used as a camera, but also contains a 1000mAh battery to give the main battery a boost. And it allows you to mount the phone on a tripod.

If only Nokia had been able to go further on the rest of the hardware. Sadly, restrictions laid down by Microsoft on Windows Phone in general stopped the phone getting anything extra like a full-HD screen or quad-core CPU.

Yet, given the use of the dual-core CPU from Nokia's other high-end models, developers will already be using this spec as a reference design for its most powerful games. To date, there's nothing out there running Windows Phone more powerful than the Lumia 1020. 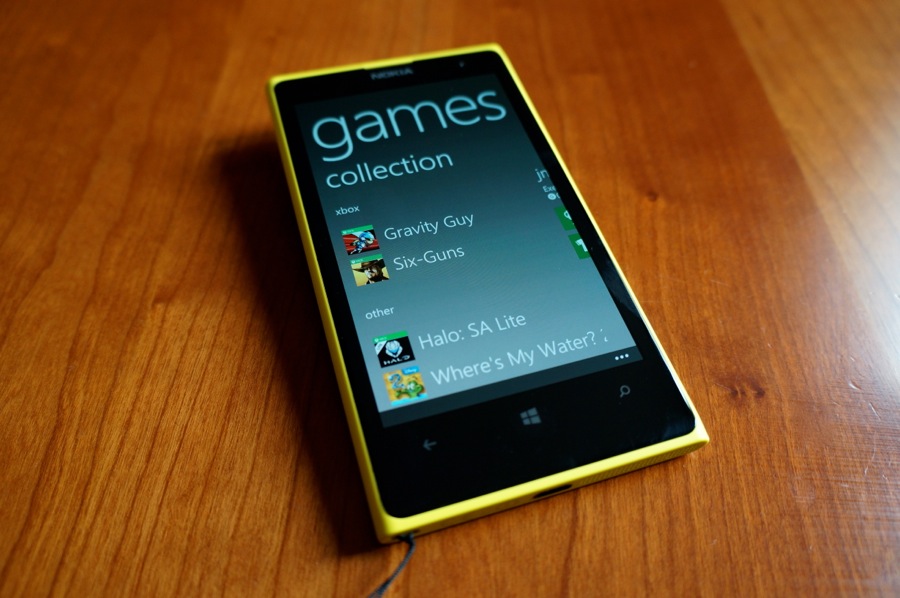 Windows Phone doesn't have anywhere near the same choice of titles as its iOS and Android counterparts, but that doesn't mean there's nothing exciting at all. And what games there are all benefit from running in a strictly controlled environment, so are always optimised to get the most from the hardware.

Xbox owners benefit most from the additional features of Xbox Live, and, as always, most titles are free to download and try before shelling out any cash.

Besides the camera, which by now you should have realised is really rather good, the AMOLED display is also worthy of mention. It not only helps save battery consumption in normal use, assuming you use the dark theme, but it also cranks itself up on bright sunny days so you can continue to use the phone with no difficulty.

The screen is also highly sensitive, allowing you to use it with gloves, while another cool feature is the ability to double-tap anywhere on the display to unlock, or simply check the latest updates on the lock screen. 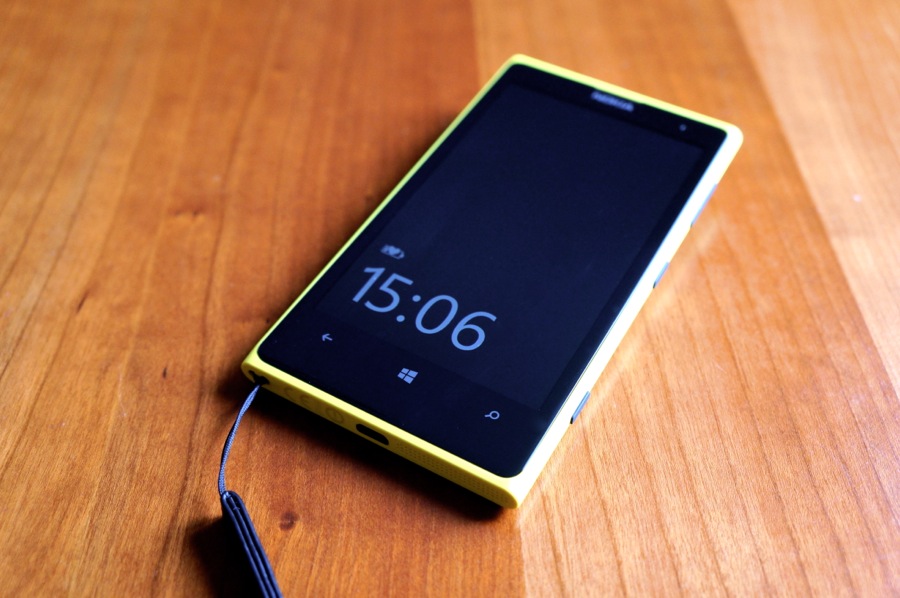 Unless you buy the camera grip accessory, the biggest problem is the rather pathetic 2000mAh battery.

Granted, the screen does suck less juice than many phones, and there's only a dual-core CPU to power, but it's still too small - I found myself struggling to keep going for a full day, let alone late into the night, without having to top-up.

Start to watch movies, or play a power-hungry 3D game like Halo: Spartan Assault, and you'll find yourself in need of more power by mid-afternoon.

There are a number of power-saving features, but most of these will have an impact on the overall performance and usefulness of the phone - such as getting new emails and social media updates in a timely fashion, or turning the screen brightness right down.

The lack of expandable memory is another concern, although with 32GB and 64GB models on offer it's not as big a deal as it could have been. 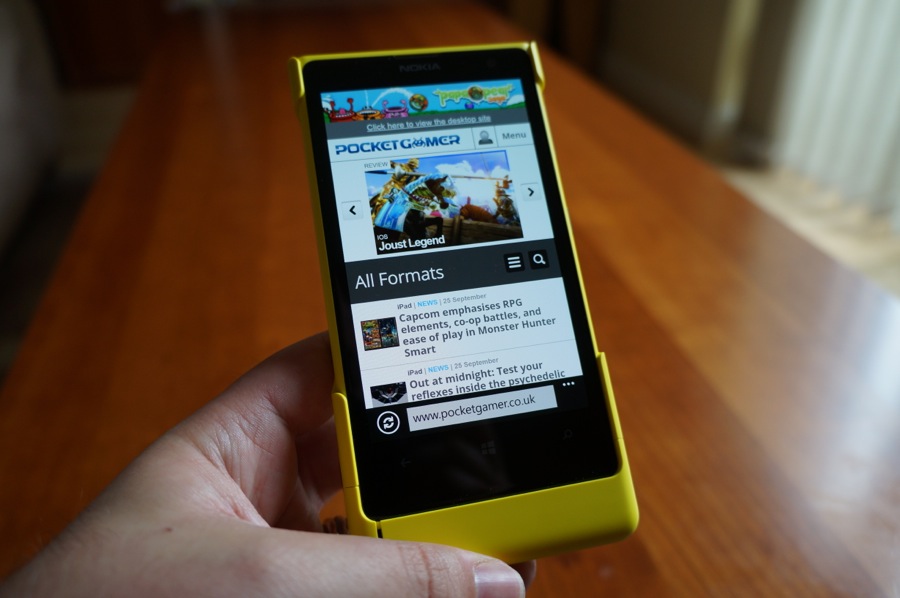 This review isn't about the long-term future of Windows Phone or the uncertainty about where Nokia will go from here - it's about how good the Lumia 1020 is as a phone.

The conclusion is quite clear. If you want the best cameraphone on the market, the Lumia 1020 is the one to buy.

Nothing from Apple, Samsung, Sony, HTC, or LG can come close in terms of the overall camera package, even though they all offer solutions that are still probably more than sufficient for most people.

And that's the only real problem - for many the camera in the Lumia 1020 may be a little bit too good.

The Lumia 1020 camera is unrivalled, with the amazing 'zoom reinvented' feature that lets you zoom in or out after shooting. The only issue is that for most people the camera is going to be overkill, making the smaller, thinner, and lighter Lumia 925 a more realistic alternative
Next Up :
Hero Emblems II review - "Lovely visuals and music, but match-3 combat lacks strategic depth"