Strap your head in

Virtual reality developer nDreams is 'gearing' up (pun-tastic) for the launch of Samsung's anticipated virtual reality face case, and has announced that it's epic space shooter Gunner will be available as a launch title.

Oculus is onboard with Gunner as a co-publisher, so you can expect to be hearing a lot more about it once the VR race finally - hopefully - kicks off this month.

Gunner puts you in the cockpit of an orbital weapon turret as you attempt to defend the Earth against legions of space invaders.

Given that this is a virtual reality experience, you're fighting in a fully three-dimensional 360-degree arena as you attempt to pluck enemy spacecraft out of the sky with your array of turret-mounted lasers. 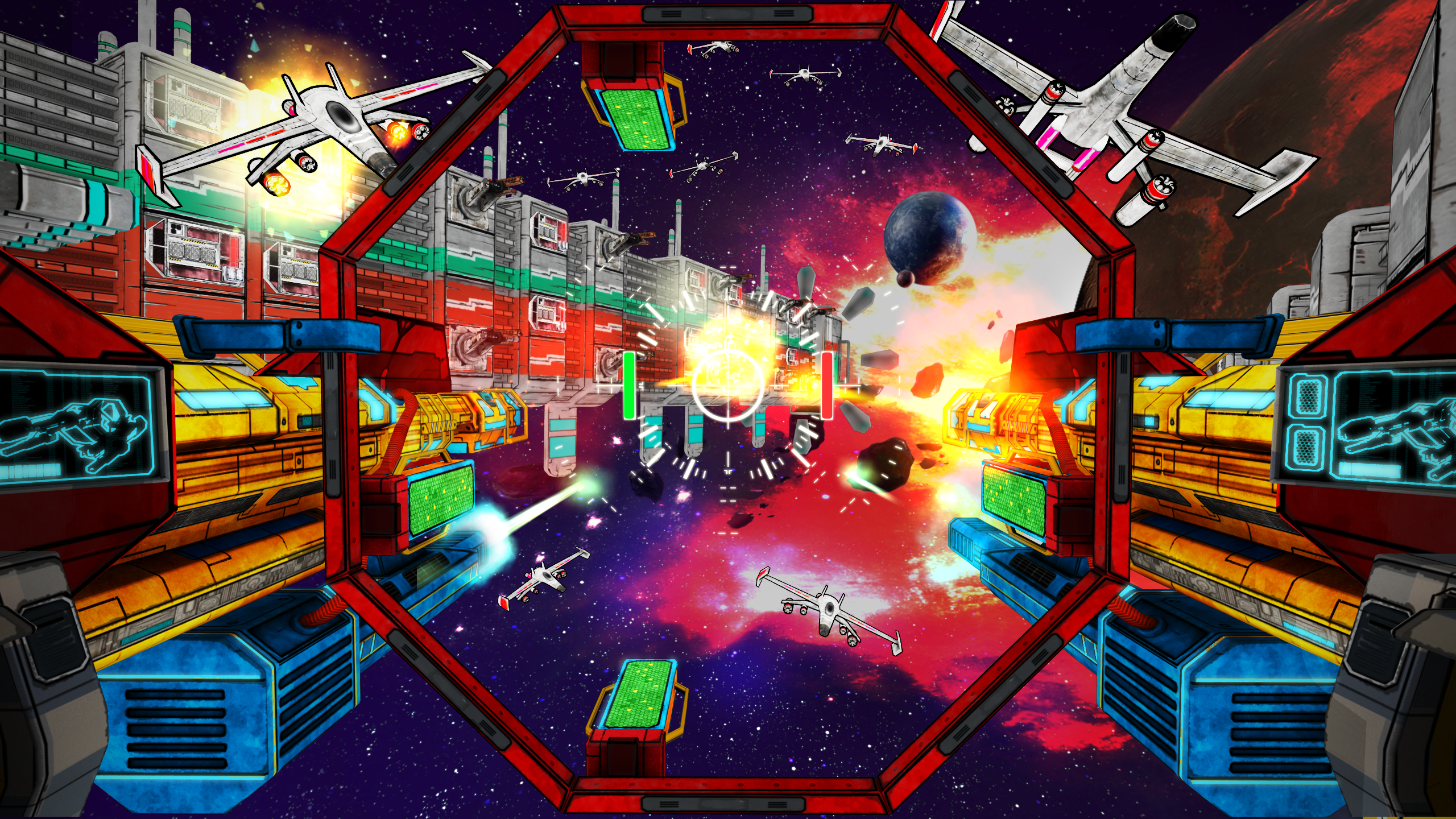 Rather unexpectedly, nDreams has devised a system that lets you play the game with the Gear VR headset alone, so you needn't worry about shelling out for a controller on day one. It all works using the headtracking that's built into the Galaxy Note 4, leaving your hands free for other things.

As we're expecting with a lot of Gear VR titles, Gunner is something of an extended demo that serves as a tutorial and brief intro to the full game, which will arrive along with the Oculus storefront sometime next year and will include a more complete storyline and alternate game modes.

We don't have an exact release date for the game, as Samsung has yet to let the shop shelves know when they can expect the first delivery of Gear VR units, but we'll keep you posted on both fronts.

Subscribe to Pocket Gamer on
Next Up :
GRIS+ takes you on an emotional journey with stunning visuals and a lovely score, out now on Apple Arcade