Indie games publisher Digerati is releasing Grotto later this year on iOS. Developed by Brainwash Gang, the game will also be coming to PC, Nintendo Switch, PS4 and Xbox One.

Grotto is a fantasy adventure game where you play as the Soothsayer, a strange hermit who lives in a cave and is called upon to read the stars for a local tribe. 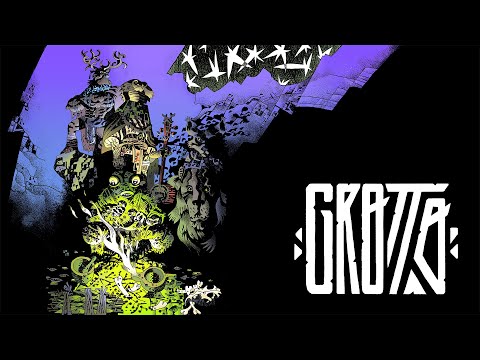 Their fate depends on your readings, where you can either overthink every constellation or let the stars enter your mind freely. In the end, the tribe will thrive or die depending on your words.

Created by Brainwash Gang, Grotto uses a visual style which mixes 2D and 3D art to bring the confined world to life. You may be familiar with the Madrid-based developer from its previous projects such as Nongunz: Doppelganger Edition and The Longest Road on Earth.

“Some of us have a genuine interest in divination and have tried different techniques over the years,” says Edu Verzinsky from Brainwash Gang. “We like the idea of people's lives being influenced by something as abstract as the interpretation of the stars. With Grotto, we hope players will become aware that the extraordinary powers of the protagonist comes from their own empathy when deciding on the life of the tribe.”

More information about Grotto is dropping later today during a special broadcast on Twitch by Brainwash Gang. This stream will highlight the studio’s current projects as well as Grotto, as well as revealing some brand new, as-yet-unannounced titles. This occurs at 5PM UK time and can be viewed here.

You can read more about Grotto from the official Steam store page until its iOS App Store page goes live.

If you want to discover more adventure games to play on iPhone or iPad, read our list which names some of the best on iOS.
Next Up :
Black Desert Mobile reveals new Drakania class alongside other major updates and announcements