It was developed by two brothers

Gravity Swim is a space-themed puzzle game developed by two brothers under the developer name Birdlabs. It's a free-to-play game and it's available now on Android.

As you've probably guessed from the name and the space-theme Gravity Swim's gameplay deals with floating about in a spaceship and gravitational pull. The idea is the choose a path for your spaceship to travel that uses as little fuel as possible.

It's a simple concept, so what's makes it more tricky? Well, you'll also have wormholes and black holes to contend with. You'll have to take into account how this will affect your flight path as they can push you away or pull you towards them.

There's a dotted line that tells you how they'll affect your ship in the earlier levels, though this seems to become less and less prevalent as the levels get more difficult. As is often the case with these more casual games there are three stars to gather one each level. 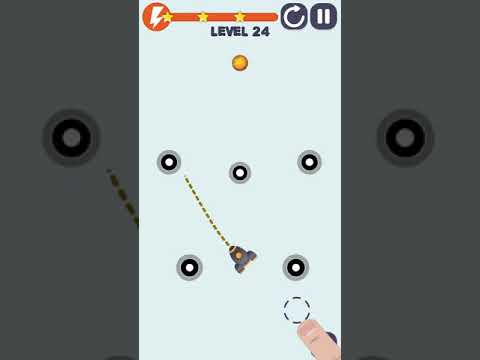 In Gravity Swim this is presented by your fuel gauge at the top of the screen. The longer you are in flight to your destination the more the gauge will decrease. The stars will be placed sporadically across the meter so once your fuel levels dip below a star then you won't be earning that one.

You can of course crash into these things too, so you also have to ensure you don't fly too close to them otherwise you'll get sucked in. So in essence, the aim of the game is efficiency. It's a cool concept for a game for sure, I'll be intrigued to see the different ways it becomes more complex as you progress.

If you're on the lookout for a more casual puzzle game then Gravity Swim is available now on Google Play. It's a free-to-play game with ads.