Gravity Rider ZERO is the sequel to Fontes' Gravity Rider, a popular physics-based biking game that had over 7 million downloads. It is available now on iOS and Android devices.

It's a popular series for sure but if you're not familiar with Gravity Rider then it is very similar in style to the Trials games. You drive around various courses on a plethora of different vehicles and must maintain the balance of your ride so you don't smash your face on the ground.

It's set in a more sci-fi setting though as you'll be racing around tracks on different planets with some futuristic-looking vehicles available like hoverbikes. It's all set to techno music too, which, if the trailer is anything to go by, is good stuff. 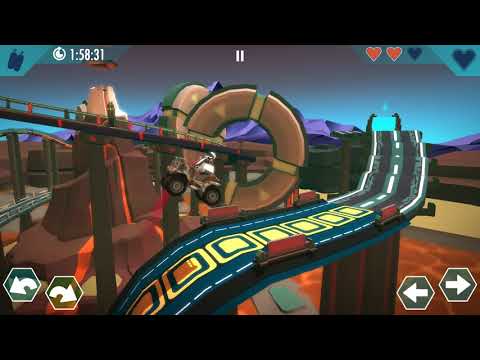 There's also a little more focus on the racing aspect rather than precise obstacle courses to overcome. The camera follows your bike more closely too as you weave around the track, giving the game a much faster feel than Trials.

There will, of course, be numerous vehicles to unlock and various customisation options to give it your own personal touch. There are no upgrades or parts to collect for your bikes though, you simply unlock any vehicles you like the look of and get racing.

At launch, there are 30 stages to beat that presumably get progressively harder as you go on. According to the publisher, Gravity Rider ZERO is all about the racing and will not gate content away from players. Although there are in-app purchases, we're told they're all cosmetic. You can probably expect there will still be adverts to watch that will help speed the process up though.

Gravity Rider ZERO is available now on the App Store and Google Play. It's a free-to-play game with in-app purchases.