Hands on with Mediocre's Granny Smith on iPad

A Granny Smith is a variety of apple, and it's also the name you might give to a grandmother whose surname is Smith.

As it happens, the Granny Smith who stars in Mediocre's Granny Smith not only has the mildly amusing distinction of being a grandmother whose surname is Smith, but she also grows Granny Smith apples and eats them on her porch.

Thankfully, the game is much better than the premise.

Mediocre established its reputation last year with the excellent physics-puzzler Sprinkle, in which the aim was to put out fires and manipulate level furniture with a gloriously authentic jet of sloshing blue water.

Anybody who's played that game will recognise its maker's mark on Granny Smith. It shares with Sprinkle a distinctive cartoony 3D look, a robust physics engine, a jazzy muzak score, and gameplay that starts off simple and quickly gets tricky.

In each short level you're racing with the young thief to collect coins and apples before you reach the finish line. The coins are for spending on weapons and power-ups, or unlocking stages, and the apples signify stars in the ubiquitous three-star system.

Along the way there are ravines to jump over, wires to swing from, windows to smash through, barns to crash through, pigsties and desks to avoid, and all manner of other random obstacles.

The unusual thing about Granny Smith is that you're largely invulnerable to failure. It's easy enough to crash, but unless you fall into an inescapable ravine you just brush yourself off and carry on racing.

Since you tend to move much faster than the apple thief, you have to crash several times to stand a chance of reaching the finish line in second place. But that won't stop you getting to the next level. Even failing to collect any coins or apples is no impediment to progress.

The difficulty comes later, as the levels split into multiple paths and the ravines proliferate, but even then your main concern is getting all three apples rather than unlocking the next stage.

Outright failure may be rare, but crashing and taking the wrong path are both very common. Whenever you hold your finger down on the 'jump' icon you tumble slowly in the air, and if you don't manage to get your feet pointing more or less downwards by the time you land you'll crash.

Likewise, if you're not facing in the right direction when you pass a wire you won't be able to hook your walking stick onto it, which often entails falling to the ground and crashing through a succession of walls while the apple thief races ahead and collects all the coins and apples.

If you're a perfectionist, that means restarting and – probably – memorising the level layouts and ideal jumping points to maximise your haul.

Granny Smith is an unusual game in that it's both easy to romp through and difficult to do well at once you get past the early levels. Our hands on time only took us as far as the early stages of the second world, though, so we're looking forward to seeing how it pans out. 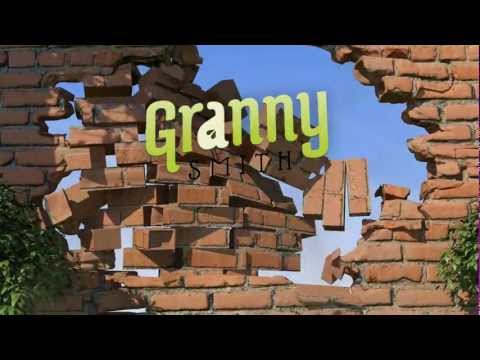 Subscribe to Pocket Gamer on
Next Up :
App Army Assemble: PomPom: The Great Space Rescue - "Do this platformer's fresh mechanics make it a must-play?"

No one steals Granny Smith's apples