[Update] Grand Theft Auto: San Andreas parachutes onto iPhone and iPad, out next week on Android

I'm having that (Updated with Android and Windows Phone date)

Rockstar's epic state-spanning PS2 crime caper Grand Theft Auto: San Andreas will go live on the UK and US App Stores at midnight tonight. An Android edition will be released soon after.

In the game, you follow gangbanger CJ on his return to the city of Los Santos. After a couple of corrupt cops frame him for homicide, he has to escape into the state of San Andreas to save his family and clear his name.

Missions involve driving cars, shooting enemies, knocking over casinos, flying jump jets, riding a bike down a mountain, and replaying that annoying train chase mission with Big Smoke on the bike about a million times. 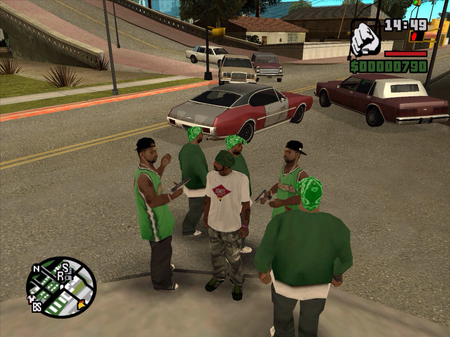 The iOS version will boast remastered high-resolution visuals with improved character models and an enriched colour palette. If you have an iPhone 5 or better or an iPad 4 and up, you'll also see some dynamic shadows and real-time reflections.

It also has cloud save support through the Rockstar Social Club. Furthermore, you can make your own radio station by making an iTunes playlist called "GTASA".

Grand Theft Auto: San Andreas works on iPhone 4S and better; iPad 2 and up; both iPad minis; and the fifth-gen iPod touch. It'll be out at midnight in the UK and US for £4.99 / $6.99. We'll let you know when it hits Google Play.