GTA: San Andreas will speed onto mobile in December with enhanced graphics and new touch controls

Will be compatible with iOS 7 controllers, too

Rockstar has surprised us all today by confirming that a remastered version of Grand Theft Auto: San Andreas for mobile will be available next month.

Rockstar actually suggested that iOS and Android ports of GTA: San Andreas were "very possible" all the way back in 2011.

But when the game finally surfaces on mobile next month, it'll be more than just a straight port.

According to Rockstar, you see, this iOS, Android, Kindle, and Windows Phone version of San Andreas is the best-looking version of the game yet.

A new checkpoint system will make progression a little easier, too. 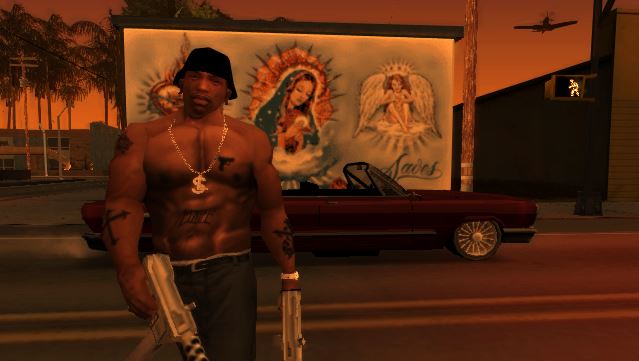 These include "contextual control options to display buttons only when you need them". Oh, and three different control setups for driving and moving around.

Lastly, GTA: San Andreas will have "full controller support", including support for Made for iPhone gamepads.

Get ready to jump back into the world of GTA: San Andreas with protagonist CJ on iOS, Android, Kindle, and Windows Phone in December, then.