If you can remember the glorious days of DeNa and Ngmoco, you might be thinking about Eliminate or Rolando. They also released a free to play god game back in the days that was called Godfinger.

Putting you in charge of a small flock of people on a tiny planet, you had to use your godly powers to transform a barren rock and make it a place that people could live in.

The game eventually found moderate success and a sequel was on the way. It even soft launched in 2014 under the DeNa umbrella but the app got eventually removed. 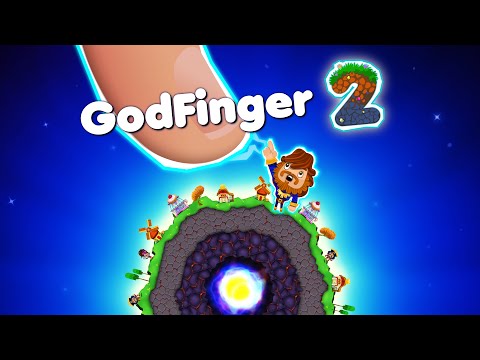 The original team hasn't stopped working on it though and relaunched the game. After another soft launch period, they're now ready to accept everyone and the game's finally available worldwide.

Much like the first game, Godfinger 2 is free to play and lets you run your own little planet. If you're interested, go check it out here.

Your first look at GodFinger 2, the game that gives your fingertips god-like powers

Create a world and steal from other players in GodFinger 2, soft-launched on the Canadian App Store