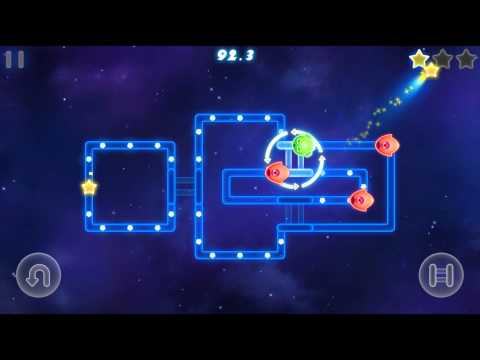 Glow Monsters is a Pac-Man style puzzler that challenges you with eating all cubics while avoiding monsters.

The game is played on a mini-maze and you'll have to rotate a series of bridges to avoid monsters and consume all cubics.

There are a few different types of monster that have their own special skills to try and stop you so you'll have to have your wits about you if you want to avoid them all.

Glow Monsters is played using only two buttons, one of which changes the direction your character is moving and the other rotates the bridges.

There are over 100 levels set on six different planets and a ton of challenge missions to complete, so it's safe to say that Glow Monsters is chock full of content.

It's headed towards iOS and Android soon. We'll keep you posted.