Available to pre-order now for 30% off

Gladiabots is a game that’s all about creating AI-controlled robots and sending them off into battle where you’ll be programming their AI. It originally launched on steam in May this year where it has been very well received. So, to presumably build on that success it’s heading to iOS devices on 14th December.

It’s effectively logic and programming but presented with wanton robotic destruction. You’ll choose their behaviour, such as whether they’ll prioritise moving close to an enemy before shooting or if they’ll be more patient and wait for themselves to be approached.

There are apparently millions of different combinations beyond the very basic example I gave above. You’ll also be able to instruct them to focus on gathering resources, supporting their buddies, keep their distance and even the amount of health that will trigger a hasty retreat. As you progress and get larger robotic squads, you’ll have even more of these actions to consider. 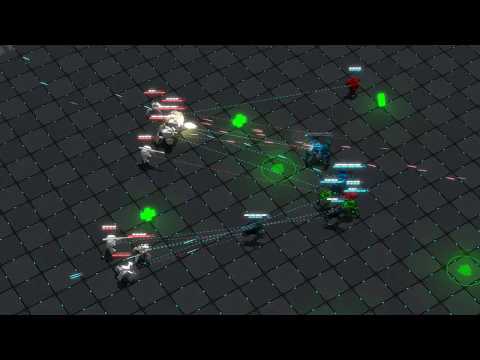 You’ll be able to test your logic and programming skills over hundreds of single-player levels so that you can perfect how your AI setup responds to various situations. Once you’ve done that you’ll be able to jump into a plethora of different online game modes or head into the sandbox to continue tinkering.

There are 3 game modes to choose from which are elimination, domination and collection. Alongside that, you’ll be able to choose ranked or unranked, depending on how much of a challenge you’re looking for. There’s also an asynchronous multiplayer option so you can battle your friends even when they’re not online.

Gladiabots is available now to pre-order on the App Store ahead of its launch on 14th December. It’s a premium title that will normally cost $6.99 but if you pre-order before then you can pick it up for $4.99.