The dog days are here on Genshin Impact as HoYoverse has revealed plans for the popular RPG’s latest update, version 2.8, Summer Fantasia. The update releases on July 13th and will bring back the beloved Golden Apple Archipelago, but with new locations, storyline, puzzles, rewards and more. Various islands have also been recreated and players will have a rollicking time as they complete challenges.

Genshin Impact’s v2.8 update will also make way for the Summertime Odyssey event that will last the whole season, featuring characters like Fischl, Xinyan, Kaedahara Kazuha and Mona. The Golden Apple Archipelago has been revamped significantly with new realms and unexpected quests that focus more on exploratory gameplay with more treasure chests to uncover. It’s worth completing these missions too because players will get a chance to add Fischl, a four-star character to their rosters for free. 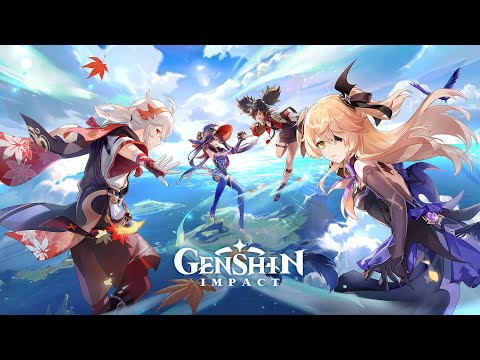 Travelers are set to have a blast whether they go solo or in a group as there is so much to do. In Resonating Visions, players will gather conches full of messages, while the co-op Reminiscent Regimen will take players to sea. Back on the land, Kaedehara Kazuha and Diluc will be joining a friend. Shikanoin Heizou is the new buddy who will also be getting this own story event. A young Sherlock Holmes, Heizou solves crimes for the Tenryou Commission. He’ll join Genshin Impact as the first melee catalyst hero who deals Ameno damage. He will be the centre of attention during the Hangout Event, with his Event Wish taking place something in the early phases of v2.8.

To top it all off, Diluc will be getting a brand new costume that has new effects, a new idle animation, and a unique backstory that players can learn more about during the Hidden Strife event. v2.8 – Summer Fantasia will launch everywhere on July 13th. Download Genshin Impact by tapping on one of the links below.

Next Up :
Identity V celebrates its fourth anniversary with two new crossovers