Following the arrival of the huge 2.0 update in Genshin Impact yesterday, miHoYo has announced that the game's first collaboration in this new version will feature Aloy from Horizon Zero Dawn. She will arrive in version 2.1 as a five-star character who will be available for free and boast unique skills and animations.

As the “Saviour From Another World”, Aloy will initially become available for PS5 and PS4 users who have hit Adventure Rank 20 in version 2.1. Then, when version 2.2 arrives, players on iOS, Android and PC can add her to their teams. Regardless of the platform of choice, players will receive Aloy through in-game mail after they've logged into Genshin Impact.

The brief PlayStation exclusivity approach will also apply to a free four-star Bow that's arriving alongside Aloy and provides her with a special buff. And that's all the details we have about the collaboration for now. miHoYo has said they will reveal more information about the crossover at a later date, and, naturally, we'll update you when we learn more.

Genshin Impact is a game that continues to go from strength to strength thenm, and I imagine we can expect to see more of these crossover collaborations in the future. Of course, it benefits Sony too. It never hurts to remind people that a sequel to your incredibly successful games is on its way. 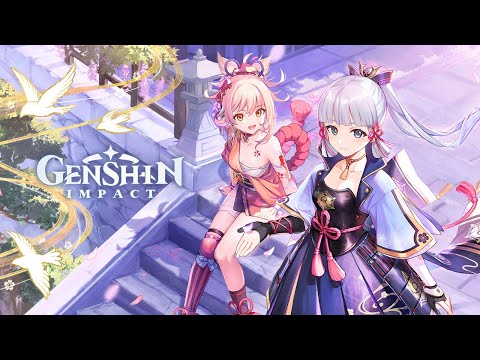 As mentioned, this announcement follows the arrival of the game's highly-anticipated 2.0 update, which introduced new abilities, a reworked wish system and cross-saves. You can read all about it, in detail, in our recent post.

Genshin Impact is available now over on the App Store and Google Play. It's a free-to-play game with in-app purchases.

Everyone enjoys free stuff, right? Check our Genshin Impact redeem codes post to snag yourself some freebies.
Next Up :
Ninja Must Die is an upcoming combat-focused action runner with stylish ink-based visuals, now open for pre-registration