Developer Fun Monkey has announced that its co-op action RPG Gatherers has officially launched for Android after a limited release across a few select regions. Gatherers brings a cartoony atmosphere to a sci-fi setting and will see you and up to two other players explore new planets and fight off minions of The Rot, the game's primary antagonist.

Gatherers plays a lot like other third-person shooters, and specifically draws a lot of inspiration from the extremely popular console and PC roguelike shooter Risk of Rain 2. This means you can expect a lot of fast-paced shoot-em-up gameplay that is also based around which character is available from the cast you choose, as they each sport a different set of abilities that decide what role you’ll be playing amongst your co-op partners. 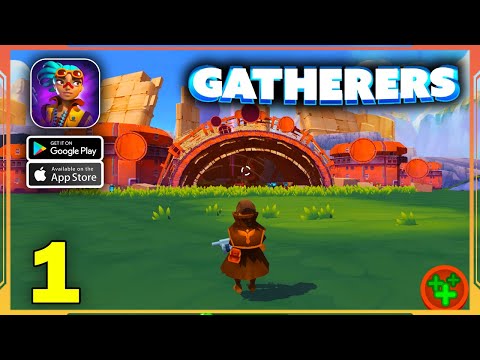 Unfortunately, at least to begin with at launch, there are only three characters available. It is expected that upcoming updates will see the game become more and more populated with different characters that will allow you to mix and match a lot more with your choices and allow for lots of player freedom.

As you explore the various planets and stave off the forces of The Rot, you’ll also be able to use in-game items during combat to make things easier on your party as well. These range from things like grenades and health kits to airstrikes and ammo replenishing supplies as well.

With all of these features and a strikingly unique art style that makes it stick out from the crowd, Gatherers is looking to be your go-to co-op game for a quick drop in and out session of shooting up some alien baddies. If you’re looking to do so, you can find Gatherers for free on Google Play. As of right now, there’s no news on an iOS release.

Looking for more co-op games to play with your friends? Check out our Top 25 best multiplayer games for iOS!
Next Up :
Gates of Ages: Eon Strife, a new strategy game from NetEase, launches early access in certain regions