Is there such a thing as a Free Fire hack, are the hackers real? Yes! But first, let's have a short history lesson.

Updated: 22.11. 2021- Content updated. Removed one broken video and added an official link on how to spot and report a hacker.

Since the very beginning of the gaming industry, there were people who tried to “go around” or hack games to make them blatantly easy. Some of these people were doing it for fun while others might do it to annoy their friends and mock their ignorance of the matter.

Older gamers will probably remember console and PC titles where the game developers included the passwords in the game itself as debug tools, super easy modes or just as an interesting gimmick (someone mention Age of Empires?). However, most of those games were single-player or hot-seat games, so being a hacker wouldn’t hurt anyone else.

In the present day, most games are multiplayer and feature a massive number of players. One single hacker could ruin everyone’s day, even make players rage quit and delete the game permanently! For this precise reason, gaming companies are investing millions each year to combat this pestilence, as losing players means losing money, of course.

Ok, but what about those Free Fire hacks?

Unfortunately, a popular game like Garena Free Fire is not an exception to this rule. There are tons of people trying to hack it every day. If you type the Free Fire hack in Google you’ll notice a lot of suspicious websites attempting to lure you into downloading their software.

Why? Well, when someone is giving you something for free, you are usually the product! They could steal your personal info, hack into your device, etc… It's just not worth it.

What are the known cheats?

There are a few Free Fire hacks at the moment.

There are a few undeniable pieces of evidence that the Free Fire hacks exist, some have even been recorded live. 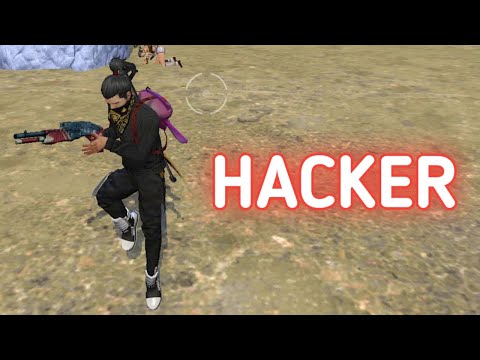 Here is how another Free Fire hack looks like

The uploader of the video, Ankush showed a Free Fire hacker in his insane gameplay compilation and managed to kill him. By the way, the video is totally worth watching as you can learn a lot from a player like him. Shooting skills, moving like a demon, using walls and ambushes; truly impetuous performance.

The player in the video obviously has a lot of training and therefore he enjoys the game to the full! Therefore, he has a lot of followers, as everyone likes skilled and interesting players.
Any Free Fire hacker will get banned and bored with the game immediately, and his name will fade away quickly if anyone remembers it at all.

In other words, who would you rather be: Christiano Ronaldo that trained hard and got to the top doing the thing he loves; or a no-named footballer that tried to get better through all kinds of illegal substances and got banned for life?

So, forget about the shortcuts, you don’t need any Free Fire hack to become better. You just need to enjoy the game, and the results will inevitably come. Forget about any Free Fire hackers, remember that Christiano is looking at you judgementally each time you enter the game. Stay chivalrous like him, play more and the results will inevitably come!

Next Up :
Last Shelter Survival tier list: All heroes ranked