We haven't actually talked about Garena International's Garena Free Fire here on Pocket Gamer. Two of our B2B sister sites, Influencer Update and pocketgamer.biz, have, however, reported the game. IU.biz wrote about how, just last month, it achieved over 6.5 million hours of views within a week, and PG.biz discussed how it had accured an outstanding $90 million Q1 revenue.

Those are some pretty impressive numbers, and it only appears to be growing.

So, we spent a little time in the game. Market research as it were. What is Garena Free Fire?

Garena Free Fire is another free to play Battle Royale mobile title. It's currently available on both the App Store and Play Store. The main reason that you haven't heard of it, despite it's Editor's Choice rating on the Play Store, is due to a large section of it's playerbase (20%) being based in Brazil.

Each ten-minute round has fifty players dropped onto an island, as per the commonly-accepted formula, however the main thing which makes it stand out from the rest is its character system. Rather than simply having a handful of skins for players to select between, Free Fire features a hero-based system.

There's just under 20 characters currently available in the game, featuring the likes of Hayato, whose armor penetration increases as their health dips; Paloma, who doesn't lose inventory space to AR ammo; and Wukong, who has the ability to turn into a bush. It's quite a mish-mash of characters and there's a wide selection of abilities, none of which feel overpowered. 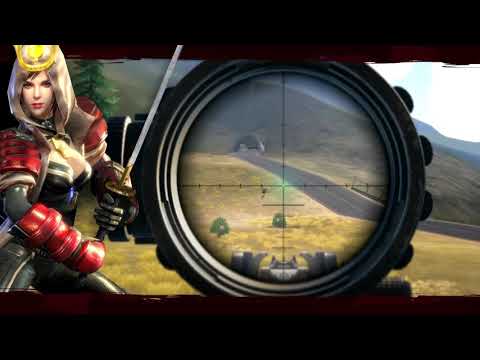 Subscribe to Pocket Gamer on
50 go in, 1 walks out

Aside from the hero characters there are a couple of other features which add onto the traditional formula. Solo, Duo and Team modes are joined by Rush Hour. It's a 20 player mode which sees the map shrink at rapid speed and all of the standard weapons are thrown out and replaced instead with the strongest weapons. There's also a 'Zombie Invasion' mode which can be played solo. Oh, and pets too.

There's also a few quirky vehicles, including a monster truck. At least it isn't taking itself too seriously.

Naturally there are a few methods to unlock more persistent upgrades, most of these can be looped around with a little bit of patience, and there are relatively robust Daily and Guild missions which can be used as an alternative form of grabbing cool new stuff.

It all plays well too, I've played through a handful of matches today on an iPad Mini and I've had a decent level of success. The screen layout is pretty intuitive with the selecting of weapons being handled through a small menu in the top right of the screen.

Switching to first person, changing stance and firing the weapon are all handled on the right hand side while movement is done on the left side of the screen. It definitely feels like the way that you aim could be changed so that you could also aim using the left side at times, however - in the same way we forget these things once we've played almost any game for long enough - once it became apparent that everybody else suffered the same input problem it became less of an issue.

I alluded to Free Fire's in-game transactions and unlockables earlier, there's a lot of stuff to unpack. Among the characters, character skins, clothing, weapon skins, alt weapon versions, pets, pet costumes and items there are a fair few things to unlock. Within a few wins I had already unlocked a new character, some new clothing and a character skin.

Alongside the, now traditionally accepted, loot boxes there is also a slot machine-inspired unlock distribution system. It all reeks of the normal randomised distribution, however there are a lot of free spins and crates to be gained simply by logging in regularly.

An alternative to buying the - almoot never gifted - premium currency is presented as weekly, monthly or premium memberships. We're all familiar with what most of these do (premium currency daily drops) however the Fire and Elite Passes seem like an interesting twist on these systems. These instead offer more 'missions' and reward opportunities alongisde those served up daily. It is an interesting design decision, turning the features normally used as bait to cause players to return into staggered bonuses for those who opt in to subscribe.

Perhaps this is the best time to return to the reason why we are talking about Free Fire today, it's already begun its journey into larger-scale eSports, that 635k concurrent viewer stream was a tournament final. With that said, and the current state of the game, I think it's clear you'll be hearing about it a bit more often on these pages.

Check out our news section to discover the latest, and greatest, games.
Next Up :
5 new mobile games to try this week - August 11th, 2022