Garena has officially launched an exciting new crossover and has dropped more details about Free Fire’s Assassin’s Creed collaboration event, letting players experience the iconic “The Leap of Faith” from the hit title inside the mobile battle royale game. There are also plenty of gameplay updates, an epic collab theme song, a thematic reskin and more.

The Free Fire x Assassin’s Creed crossover adds the Sanctuary - here, players can locate the new building in the Bermuda map and enter to discover some awesome loot up for grabs. At the top of the Sanctuary, players can also perform the acrobatic freerunning move "The Leap of Faith", then take screenshots to boast their awesome manoeuvres on social media with the hashtag #FFLeapOfFaith.

Plus, the special crossover also adds a collab theme song "The Creed of Fire", which players can listen to on Spotify right now. And finally, players can enjoy in-game reskins to cap off their Free Fire x Assassin’s Creed experience. 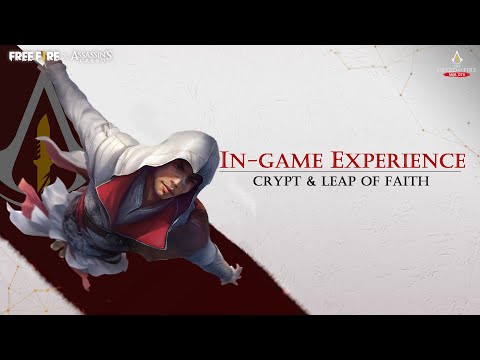 Ready to be the last player standing? If you're keen on joining in on all the festivities during the special collaboration event, Free Fire is available to download on the Google Play Store for Android devices and on the iOS App Store. It's a free-to-play game with in-app purchases.

You can have a look at the trailer above to get a feel of the exclusive in-game content in store for you, or visit the official website for more info. You can join the community of followers on the official Facebook page to stay updated on all the latest developments as well.

Are you on the lookout for more similar titles that will put your skills to the test on your mobile device? Why not take a gander at our list of the top 9 best battle royale games for Android phones and tablets?

Next Up :
Clash Royale celebrates 6 year anniversary with reward handouts