Rhythm games don't always give you the feeling of being part of the music - you're just following abstract notes on a chart, making sure that the song being played doesn't cut out with your failures.

Gal Metal takes a more novel approach to the genre, offering no note chart to follow and instead a handful of rhythms to memorise and use as you try and muddle your way through some original metal tunes.

It's a great concept, and it's fun to begin with. But a flimsy story, poor pacing, and a difficulty curve that fluctuates with wild abandon holds the whole thing back from being an overall enjoyable experience.

It's a blues riff in B

Gal Metal, bizarrely, has a story. You're a high school boy sharing a body with a high school girl, and you've got to team up with your school's Metal Club to defeat an invading race of alien octopi with the power of music.

No, seriously. The story is bonkers, and there's tons of it to boot - you'll spend more time reading comics and text message chains than you will hammering at the drums.

It's a shame that the story never really finds its feet. It flip-flops between ideas and plotlines, never develops characters beyond typical Japanese visual novel tropes, and ultimately gets in the way of the game itself. 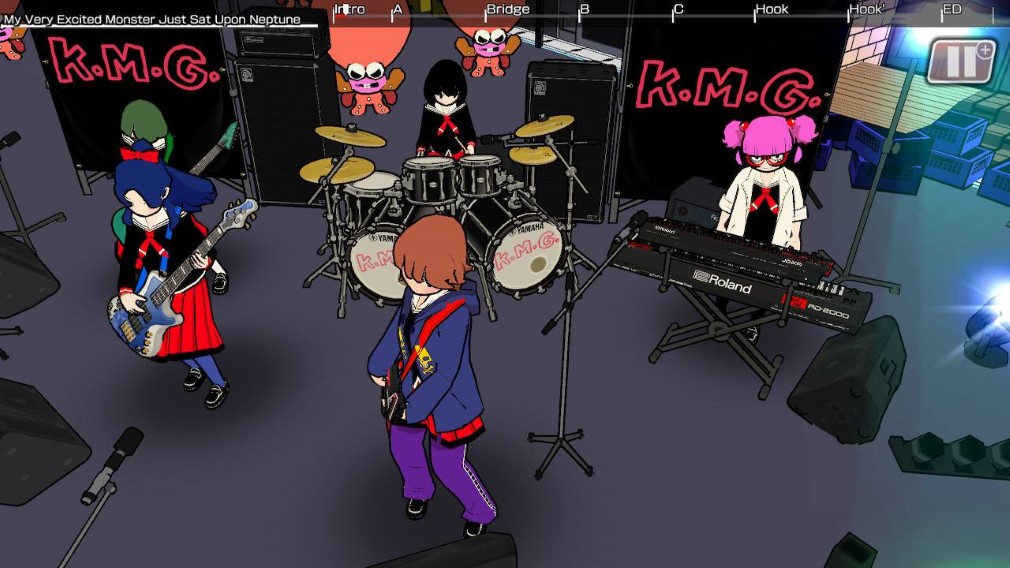 When you do get a chance to play Gal Metal, you'll mostly just be swinging your arms in time with the beat. As previously mentioned, you're not following a note chart, but instead learning a bunch of different beats to hammer out as the music plays.

You have a few super basic moves - swing your right Joy-Con in time with the beat to score a Harlot beat, alternate hands to get the EnterSand beat - and you need to mix these up with more complex rhythms to score maximum points and pass each level.

It all starts off fairly easy. The first song you play has a solid tempo, you're not being pressured to try complex rhythms, and you can rack up over a million points just by paying attention and not falling out of time.

Watch me for the changes

A few songs down the line and you may well find yourself ready to quit. Gal Metal's tracks get hard fast, and if you're even a little bit out of time, you'll completely miss every single beat and score next to nothing in every song.

You can just about muddle your way through each song - while the timings may not be forgiving, the point system is. But you also have to suffer the indignity of listening to your awful drumming skills turned up much higher in the mix than the rest of the song, before watching your whole horrible performance back in the replay afterwards. 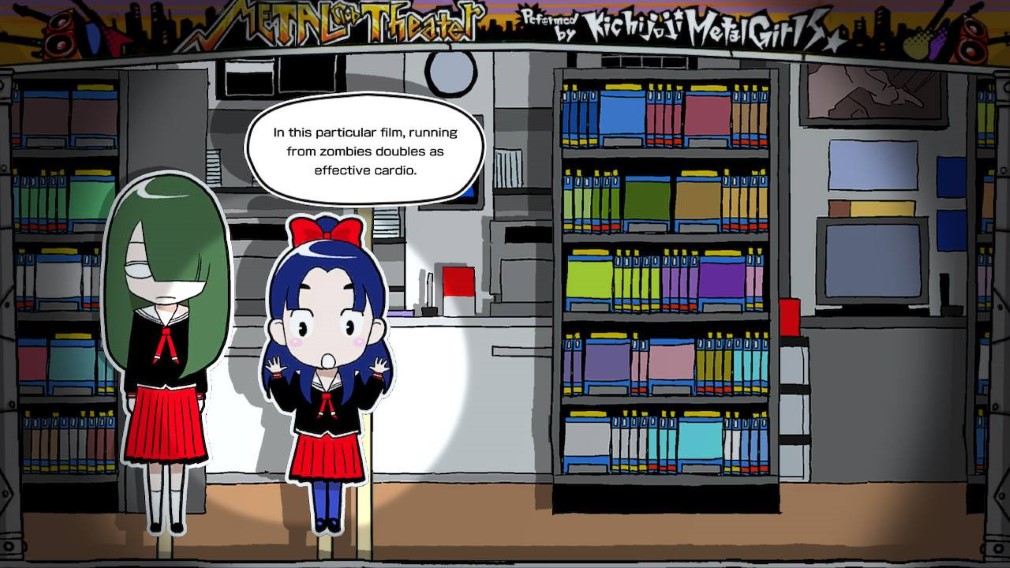 It's not all drumming, however. Before each gig you have a basic life simulation section, offering you the chance to build up a relationship with each of the band members, boost your stats in various skills, or just practice the next song ahead of time.

These sections offer a welcome break from the performances, but there's no consistency to their pacing, leading to some awkward gaps between songs that you'll start to rush through before long.

Building up friendships is also a slightly underused mechanic, as each level of friendship simply opens up a special scene with that character, and none of these are particularly engaging or witty.

Try to keep up

It's a real shame. I really wanted to love Gal Metal - I fell in love with its simple concept, the smart use of Joy-Cons, and its weird charm at the very beginning. 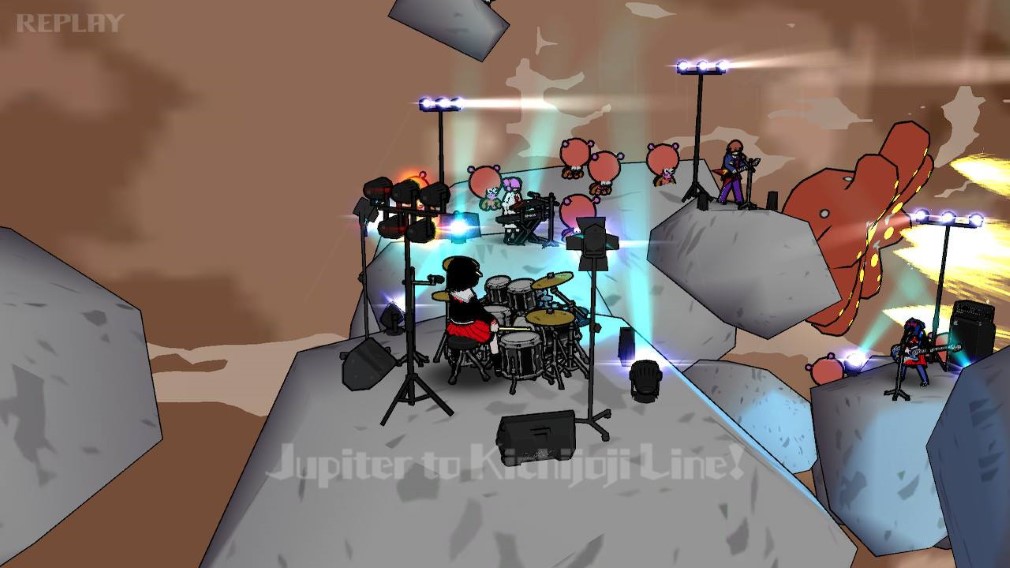 But before long, the whole thing becomes a slog. Songs become super hard way too quickly, the bland story keeps getting in the way of everything else, and the life simulation sections feel a tad shoehorned into the experience and throw the pacing way off.

If you're a drumming whiz and fall in love with the story and characters from the off, then Gal Metal is worth trying out. But don't expect it to reinvent the rhythm genre. It's still got to iron out a few kinks.

Gal Metal is a great idea that fits well on the Switch, but sloppy pacing and a crushing difficulty curve make it hard to recommend
Next Up :
Hundred Days review - "A success for the management genre"