Sometimes you're not looking for the biggest or best phone out there. Let's face it, most of us work on computers for most of the day, and there are plenty of people out there who have consoles or PCs for gaming, or - gasp - simply play smaller, less intensive games on mobile. There's definitely a space in the market for something like that, and that's exactly where Xiaomi has inserted the Redmi 10; an affordable phone with more than a few surprising features.

Xiaomi has an amazing broad product library, with their Poco, Mi and Redmi lines, as well as the various variations within each of those. Some of their phones really punch above their weight, but there always seems to have been a deep amount of respect for the consumer's wallet. That's definitely the case here, the Redmi 10 comes in at just over £100, which is a really respectable price for a phone of this calibre.

The Redmi 10 is a thin little thing, although there's definitely an unexpected weight to it. It's just under 9mm in width, which is frankly ridiculous when you consider that the power button also doubles as a fingerprint scanner. It's not small though, coming in at 161.95mm x 75.53mm it's a little bit bigger than the Honor 50, which also makes it larger than the iPhone 11 Pro. Size only means so much though, but the gorilla glass screen doesn't wrap around like some of its contemporaries, so there is a smaller screen size than others. 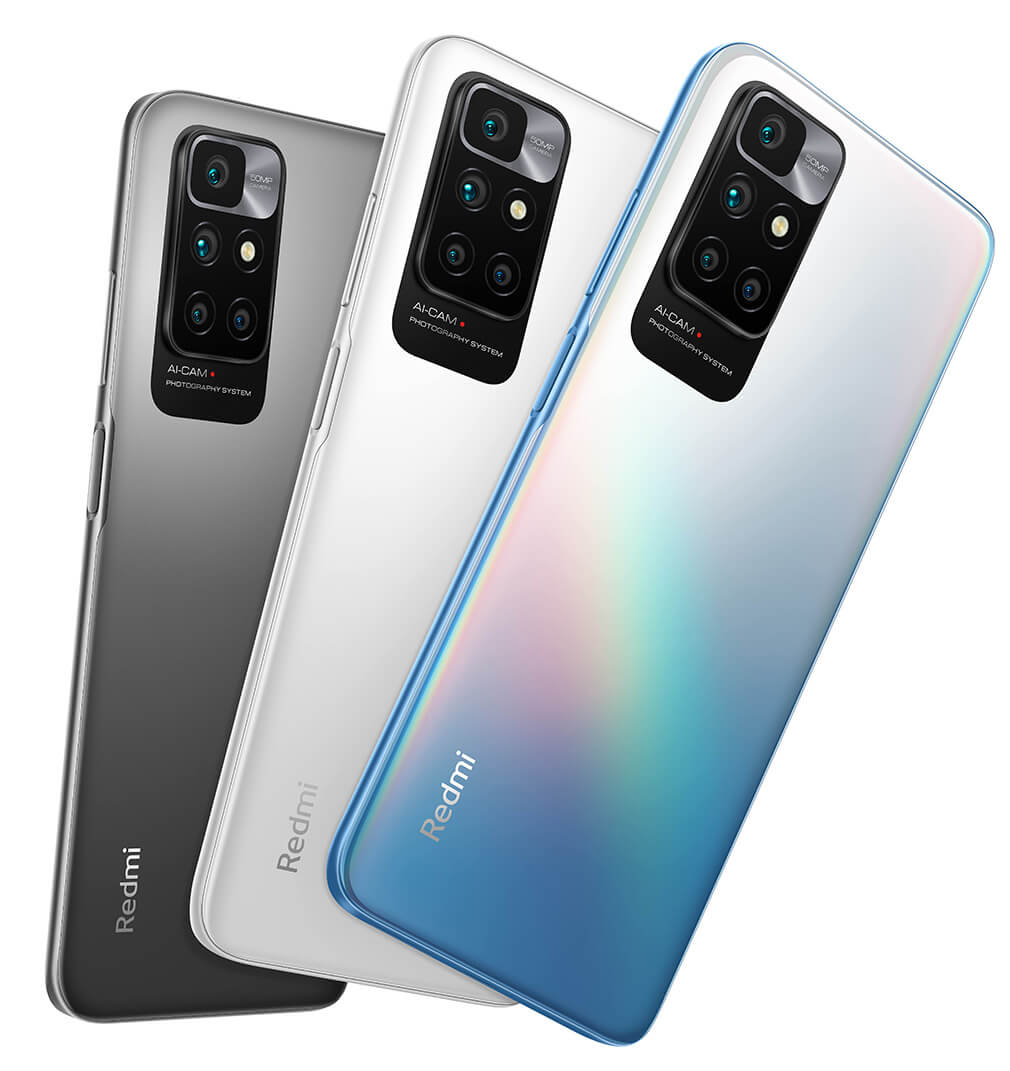 It's a very clean design though. The whole phone is incredibly flat and has a simple form-factor with the exception of a lip on the bottom of the front and the rounded-rectangle camera piece on the back. I'm still not sure why the current camera design is focused on making the cameras look like they've been glued on afterwards, but it is a trend that doesn't seem to be going away any time soon. That said, I really like how the back of the Redmi 10 looks, the slightly rounded shape and the positioning and size of the camera assembly reminds me of old cameras, and that nu-retro design (deliberate or not) has grown on me a lot over my time reviewing the phone.

If you fancy mobile gaming:

Carrying on with the exterior of the phone, I had the Sea Blue version, which did quite quickly pick up a few fingerprints. I was a little confused by this because I know somebody who has a Redmi 10 and they said it was quite the opposite, I guess that's down to the colour phone you get. The fingerprint unlock on the power button is a great feature, and while I don't normally use such things, it's great to see this extra feature slipped into the design. Another standout is the fact that it's a dual sim phone, and there's a MicroSD slot. The last few phones I have reviewed haven't had memory expansion options, which can really be a negative if you photograph a lot, or download a lot of games onto your phone.

It has an audio jack!

Another feature (and I can't believe that I'm celebrating this in 2021, but I am) is the 3.5mm audio jack. The audio quality is pretty great through the jack, and it's great that somebody out there is still making phones which take that fitting. If you're not using headphones though, the speakers come into play. The Redmi 10 has two speakers, one on the underside and another on the top left of the phone. That's stereo rather than mono and means that if you're using your phone to watch a video in landscape view then you're going to have a good time, perhaps even a better time than you would have with some top-range phones which tend to have mono speakers.

The screen quality isn't bad at all, and there's no suspicious dark spots or shadows around the frame of the phone, I also like the UI that was used, especially the split swipes from the top. Similar to iOS devices, you can pull down on one side for notifications and the other for a settings menu. It's very modern, and if you've got a busy phone then it'll be more than welcome.

Next up is the cameras. The Redmi 10 has pretty decent cameras considering the price point, with a rear 50MP main camera, an 8MP ultra-wide camera, a 2MP macro camera and a 2MP depth camera. There's also an 8MP front camera. The Macro camera is nice, and if you've not used one before then that'll be novel enough. I've mentioned before that I like taking up-close shots and pulling focus while in those shots for extra emphasis. The Redmi 10 is great at picking out textures up close, however, it doesn't pick up detail anywhere near the quality of top-end phone cameras. 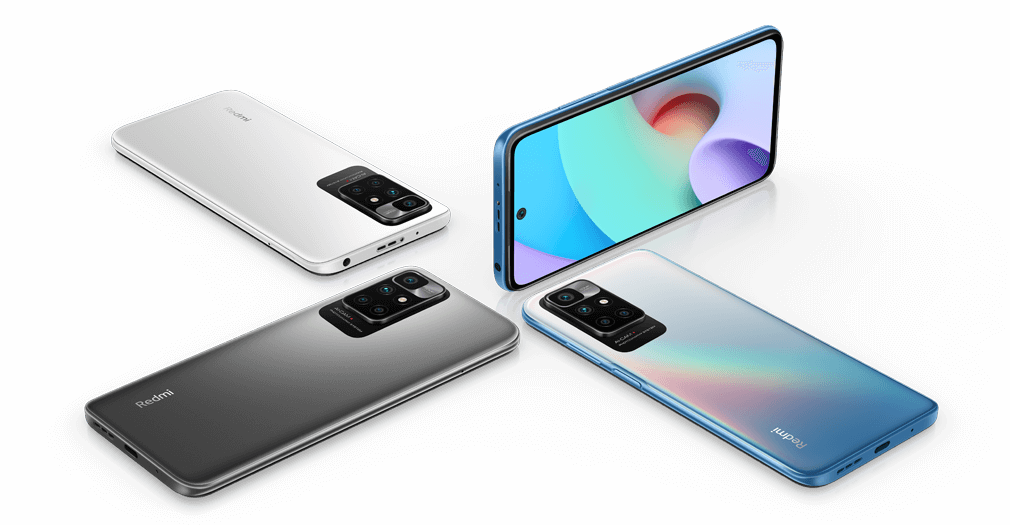 The main camera does leave something to be desired when it comes to general brightness and light adjustment, however, the ultrawide camera works really well in both low-light and daylight settings. The night mode is pretty great, if you use that feature, however the moment I started using zoom in night mode I started getting a lot of false darkness in the photos. I also started to experience some slowdown when I had multiple apps running on the phone, and that really affected playing some of the more graphically intense games.

But, for this price point, these kinds of things are to maybe be expected, unlike the 3.5mm jack and great stereo speakers. There are more positive notes too - It also has an absolutely amazing battery, 5kmAh. That said, it does charge very, very slow… but if you charge this overnight every second or third day then you're going to be laughing while other's phones run flat.

Overall, the Redmi 10 is a bit of a surprise. It's a really affordable phone, and so the expectation (and delivery in some areas) is that it would be a standard phone, however, it has quite a few modern conveniences that would normally only be found in high-end phones and so it really ends up punching well above its weight.

A surprise from Xiaomi, the Redmi 10 really punches above its weight in more than a few departments, however, its camera might leave more than a few owners wanting more.
Next Up :
Honor 50 review - "Great for social media fans, and a strong show from Honor"