The Finnish developer Housemarque recently has released an update to its physics-puzzler Furmins.

The new update (1.1.0) offers players HD Retina support for the new iPad and 12 new levels to explore, solve, and three-star. This brings the total number of Furmins levels up to 108, spread across eight game worlds.

In addition, the 1.1.0 update introduces Game Center support and iCloud back-ups for saved games. To celebrate this update, Housemarque has placed Furmins HD on sale for 99c.

For those unfamiliar with Furmins, we reviewed the game back in February and found it to be a top-notch physics-puzzler that mixes the goal of the iconic Lemmings with bouncing, rolling, madcap mayhem.

Players must set a course for the Furmins to roll and bounce through as they try to direct them all to the basket at the end of the level.

To gain a better idea of the gameplay, watch the trailer below: 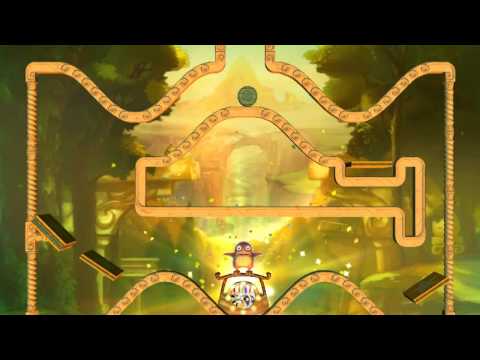