Hi there. My name's Harry.

You might remember me from a piece about Curiosity I wrote called The Curiosity Cube Diaries. The whole ordeal lasted about four months and I went a bit mad.

Or I pretended to, anyway.

This was a browser game that 'gave' reason to Curiosity's block tapping, and featured a life-changing prize (awarded to the first person to finish its 40 levels).

Well, Furiosity is out on iOS and Android now. It has 144 levels, no life-changing prize, and an awful lot of blocks to tap. 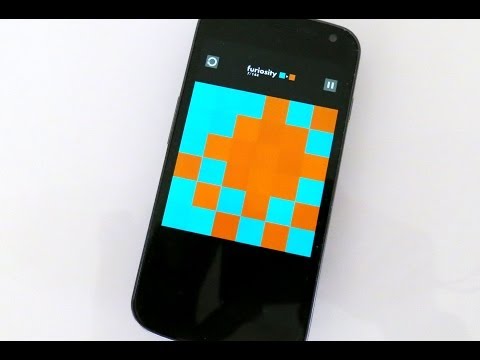 Rather than just tapping mindlessly here, though, there's a logic to each of the levels. You need to work out where to tap, and when, if you want to clear a layer and move on to the next.

It's simply presented. Oh, and it might make you go mad (but in a good way... rather than a frustrated, eventually dribbly way.)