The much anticipated fighting game adaptation of the popular anime by the same name, Fullmetal Alchemist Mobile is finally open for pre-registration in Japan for both Android and iOS. Originally thought to be another gacha JRPG like many anime adaptation mobile titles, it’ll be interesting to see how Square Enix transfers the anime to a fighting game format.

While the trailer, featured below, shows off a lot of cutscenes and seemingly really in-depth story content, the gameplay portions show a sort of tag-team fighter, with two characters swapping in and out to do battle. What exactly this means is unclear, though what is clear is that judging by the camera positioning, the stages, and the gameplay snippets, this is very clearly supposed to emulate a 3D arena fighter in the same vein as, say, the Naruto console games. 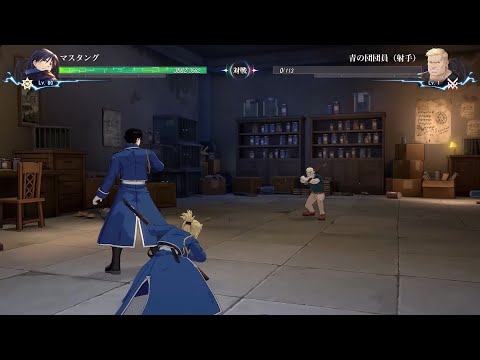 While that might turn some fans away, as most were expecting this to be an RPG, I wouldn’t turn a blind eye just yet. Square Enix has put a lot of effort into this one, and they’ve shown that this is no mere cash grab anime mobile title with the name of one of the most famous anime series of all time stapled to it. No, judging by those cutscenes and the general graphical fidelity as well as the fact that the original Japanese voice actors are all returning and all of the classic characters will be here, this seems to be a real true to form adaptation of the award-winning series.

So, needless to say, if you’re a fan of Fullmetal Alchemist, this is definitely one you want to get involved with. To do so, you can pre-register ahead of the game’s launch later this year on Google Play or the App Store, along with the official website for any updates and news.

Looking for more anime-inspired action games? Check out our Top 25 best JRPGs for iOS!
Next Up :
Gale of Windoria lets you ride Beakles and save the world in a pixel-art RPG, out now on mobile