A world where all your lost possessions go to be forgotten

The gorgeous adventure game Forgotton Anne will be getting a Switch release in 2019. The game launched earlier this May to PC and consoles and was met with very positive acclaim, but soon you'll be able to enjoy the fantastical world of Forgotten Lands on the go with the Nintendo console. 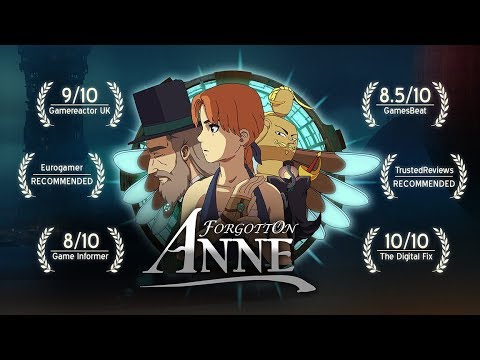 The Ghibli inspired art and setting is oh so pretty indeed. It takes place in a mysterious parallel world where all of our forgotten lost possession go. They come to life and wish that they will be remembered again so that they can return to the real world.

Kind of depressing isn't it? But the game's wonderful aesthetic, which looks like it was drawn by Miyazaki himself, lends the setting such charm and beauty. You play as Anne, an Enforcer that has to stamp out a brewing rebellion that may prevent her from getting back to the real world.

And in traditional adventure game fashion, you explore the world on a 2D plane, solve puzzles, and talk to various characters. The game certainly looks like it's going to appeal to a wide audience capturing anime fans, as well as adventure game enthusiasts.