Forgotten Fables: Wolves on the Westwind, Owned by Gravity's latest RPG, will release for iOS in May

Back in March, Ulisses Spiele and Owned by Gravity announced that the create your own adventure RPG Forgotten Fables: Wolves on the Westwind would release for iOS and Steam sometime in May. Today, they have revealed a specific launch date, May 25th.

The game draws inspiration from the popular tabletop franchise, The Dark Eye, and promises over 15 hours of content by blending RPG and tabletop elements with a hopefully compelling narrative. It sees you playing as either the warrior Alrik or a young wizard named Nedime. Whichever character you choose, the goal remains the same, to save the lives of innocent citizens across the world of Aventuria.

A big focus of Wolves on the Westind is choice. Throughout the journey, you will need to make important decisions that impact the story in numerous ways. They could lead to meeting new characters or uncovering intriguing storylines that you might have missed otherwise. Of course, as you might expect from a choice-based game, there are also multiple endings to discover. 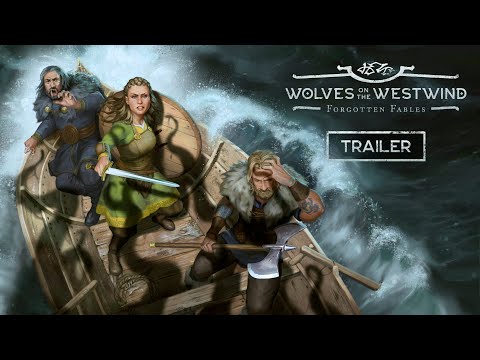 The RPG elements come into play when you do battle. In these sections, you will cast spells and perform tactical manoeuvrers while keeping an eye on your health and mana. It's crucial to make sure these bars aren't diminished too much as greater foes await the further you progress.

The game sports a lovely art style that looks like it was plucked from an old storybook. It also promises an equally beautiful soundtrack, which you can sample in the embedded trailer above.

Forgotten Fables: Wolves on the Westwind will release for iOS and Steam on May 25th. You can add it to your Wishlist on the latter right now.

On the hunt for more excellent RPGs to play on your phone? Here are some of our favourites that are available for iPhone and iPad
Next Up :
Catalyst Black is an AAA-quality battleground shooter from the makers of Vainglory, coming to mobile on May 25th