InnoGames has recently released a large-scale content update for Forge of Empires. The latest update includes a whole new colony called Space Age Venus, along with numerous events and quests. Players can log in to the game now to try out the latest update.

The following update will allow you to participate in 50 new main quests along with 45 side quests. Apart from the quests, there are new collections of avatars, technologies, expansions, and residential and military buildings.

Players heading to the clouds of Venus can find a whole new area waiting for them to start the expansion. Use your skills and creativity to build a new and advanced colony on the cloud itself. But before proceeding with the construction, they will need to layout the road called the Horizon Path which will then enable the option to build new structures.

Players will need to ensure they include essential facilities such as the Gas Station, the Cargo Platform, the Maintenance Ship and the Gas Tank. These facilities are some of the most useful additions for a better colony. Visit the legendary building, Flying Island that represents an independent space outpost. 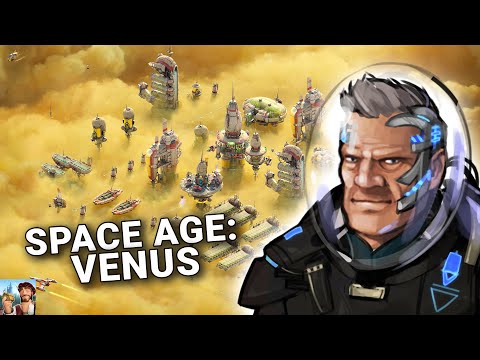 Although the developers have never lagged when it comes to content updates, the latest, Space Age Venus is quite a massive update in terms of content, quests and events and will hopefully provide continued enjoyment.

Following the extensive update of the game, Stefan Walter, Product Head of Forge of Empires at InnoGames said: “We as a team are immensely proud that Forge of Empires still has such a large and enthusiastic community nine years after its release.”

Forge of Empires is now available on Google Play and App Store. It is a free-to-play game with in-app purchases.

Looking for some stellar strategy games to play on your phone? Here are 25 of the best available for iOS and Android
Next Up :
Ninja Must Die is an upcoming combat-focused action runner with stylish ink-based visuals, now open for pre-registration