InnoGames is celebrating the 10th anniversary of Forge of Empires, treating players to a bunch of special rewards and in-game events from now until April 18th. In particular, the strategy city-builder is introducing a board game theme where players can advance through the unique eras of the title with a ton of facts about the history of the game.

On the 10th anniversary of Forge of Empires, players can expect to advance around a new board and complete quests via the Forge Fact-Finder. There are tons of rewards up for grabs as they roll the dice and land on different spaces, which include the Grand King, the Grand Queen, the Stage of Ages, and a grand prize of the Golden Orrery. 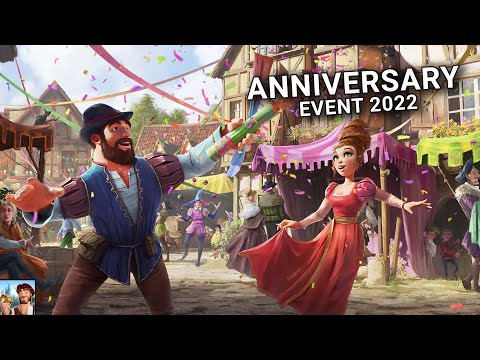 “Forge of Empires has come a long way. Being released on browsers only, the game still continues to improve on its original platform, to further support this audience in the years to come. Furthermore, it also made the transition to cater to mobile users on four different global platforms. It basically became a massive worldwide hit. Internally, we still have one of the largest teams working on the title, which is dedicated to improve the overall quality of the game, along with delivering fun and entertaining updates on a weekly basis. I’d like to thank all the internal teams, as well as all the players, for shaping such a great experience and entertaining game!” says Stefan Walter, Studio Director at InnoGames.

If you're eager to give the game a go yourself, you can download Forge of Empires on the iOS App Store and on the Google Play Store for Android devices.

Next Up :
Forgotten Fables - Wolves on the Westwind is an upcoming RPG based on the tabletop game The Dark Eye