City builder Forge of Empires has launched its exciting Fall Event, letting players whip up a storm in the oven in a baking contest. Running until October 13th, the new Fall Bake Off event from InnoGames’ strategy title tasks players with collecting required ingredients to create delectable dishes from a wide variety of recipes.

Completing Daily Challenges rewards players with ingredients needed in Forge of Empire’s bake-off. Ingredients are also available from missions in the Fall Event questline and by collecting Incidents around the city. Plus, players will be rewarded with additional ingredients simply by logging into the game every day. After all the yummy delights have been collected, players can then prepare their Signature Bake.

Crafting successfully from recipes rewards players with prizes, plus stars depending on the bake’s complexity. They’ll also grab a chance to win the Daily Special. Completing their table with scrumptious treats will reward them with the Grand Prize. 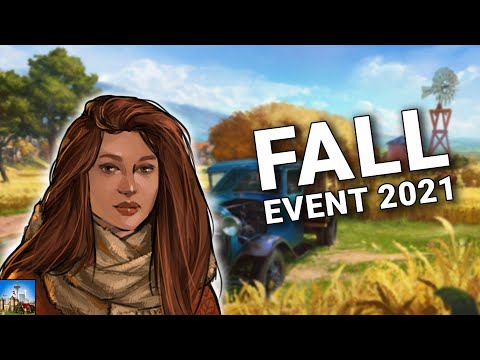 Additionally, the Golden Crops are entering the fray this year - these provide Happiness, Population and Coins on base level, plus more rewards as players level up the building. Extra bonuses include Coins, Forge Points, Supplies, a Fragment for One Up Kits, and Guild Goods.

If you’re ready to build your city and evolve your civilization from the Stone Age and beyond, you can download Forge of Empires on the iOS App Store or on the Google Play Store for Android devices. You can also give it a go on your browser from the official website, or have a look at the embedded event footage above to get a glimpse of the gameplay.

Are you itching to put your city management skills to the test? Why not take a gander at our list of the top 15 best city builder games for Android phones and tablets?