There are a lot of "escape the room"-style games on the App Store. These are the point-and-click adventures that put a laser-like focus on puzzles, and hold back on the characters and storyline.

But, upcoming adventure game Forever Lost, by Oxford-based developer Glitch Games, is shaping up to be one of the standouts.

Episode 1 is absolutely drenched in creepy atmosphere. The game kicks off with you waking up, dazed and confused, in an abandoned psychiatric ward. As you wander about the empty hallways, your only contact with the outside world is through the leftover notes of former patients. 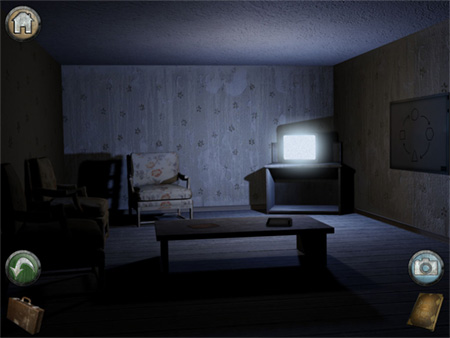 It's a typical escape the room-style game, so you'll be finding keys, solving cryptic puzzle boxes, and unlocking a seemingly never-ending supply of sealed-tight doors in a desperate attempt to get free.

The puzzles in Forever Lost, however, are not typical. They're fiendishly clever and imaginative, and pitched at just the right difficulty. You'll get stumped, sure, but the answer will always present itself before you give in and look for a guide.

Plus, with so many puzzles running concurrently, there's always something to investigate if you hit a brick wall.

Some favourite head scratchers include a busted radio that plays a musical clue on a certain frequency, a rotating mirror that offers up a solution when put back in its home, a trail of hidden hieroglyphs, and a game-inside-a-game on a forgotten iPad. 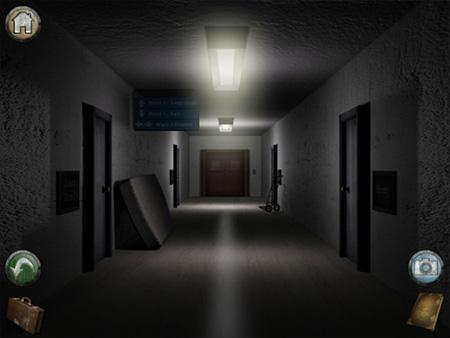 Forever Lost makes good use of the features on an iOS device. There are puzzles that use multi-touch, and you can take a screenshot (or a photo, in the game's fiction) of practically everything you see. This lets you save clues and curious scribbles, in case they'll help you solve a puzzle later on. Beats carrying an actual notepad around with you.

The game won't win any awards for graphics, and the first episode ends before the story really goes anywhere, but the puzzles really had me hooked. I couldn't put the game down until I had finished the entire episode, which consisted of a good hour or two of marathon-style play.

Forever Lost for iPhone and iPad has been submitted to Apple, which means it should hit the App Store later this month.

Your iOS or Android Game of the Week - Forever Lost: Episode 1