Out at midnight: Football Manager Classic 2015 brings 3D matches to iPad for the first time

It'll cost you a pretty penny too

If you're a footie fan and a wannabe coach then this news is for you. Yes, Football Manager Classic 2015 will be out on iPad tonight.

It's the classic football management game, except rather than playing it on console or PC, you can play it on your tablet.

You may think that's nothing new. But heed these words: this is not Football Manager Handheld, chum. This is the classic version ported directly over.

So, yes, it has the 3D match engine for the first time on iPad, allowing you to watch the game from a number of different angles. 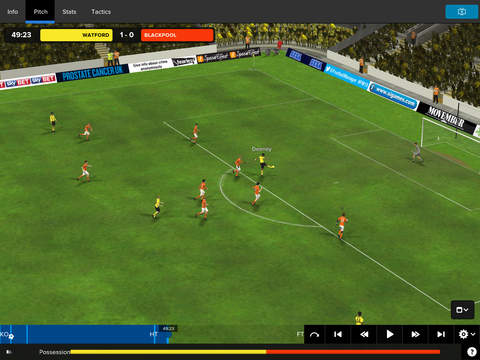 Other than that, I guess it's more of the same spreadsheet interaction as always, except it looks a bit better. What more do you want?

Oh, and most importantly, the price. Prepare yourself, as this isn't a cheapy handheld adaptation of the game, remember.