My early hours with Football Manager Touch 2019 felt like the first tentative training session after a long-term injury.

Having skipped Football manager Touch 2018 altogether, my iPad footy management skills were more than a little rusty. Like an expert physical trainer, though, Sports Interactive knew exactly what I needed to get back on track.

Football Manager Touch 2019 is essentially more of the same engrossingly deep football management experience. But it seems fitter, friendlier, and better suited to tablets than ever.

If this is your first Football Manager Touch experience, then know that it’s essentially a streamlined take on the modern Football Manager PC experience. It’s got the same formidably comprehensive management core, but in a form factor that gets close to the no-nonsense spirit of the classic Championship Manager era.

You start by picking a team from a scary range of countries and real leagues, then take responsibility for their progress through as many seasons as you (or they) can stomach. You can have a say in everything, from transfer dealings to precise training schedules to match day tactics. 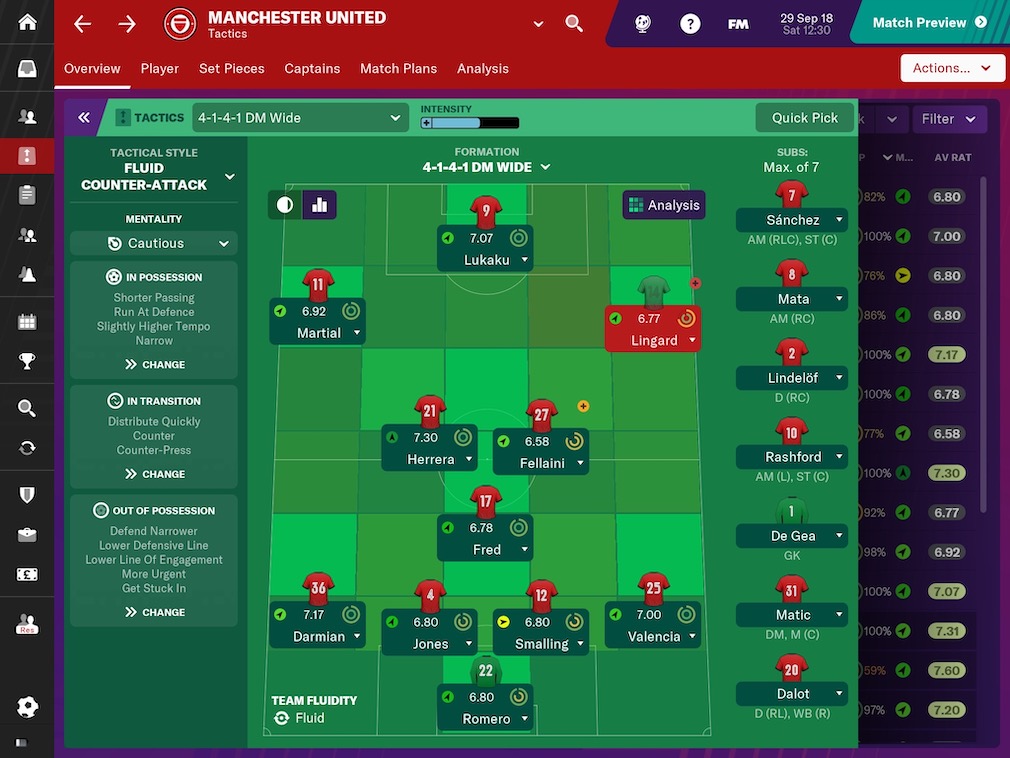 Alternatively you can leave much of the grunt work to your backroom staff. Football Manager Touch 2019 makes this automation process far more readily available than before.

Which might sound like cheating, but really it’s just giving you options to mould the game into the footy management game you want. As a long-time but intermittent Football Manager player, I have neither the time nor the inclination to delve into the game’s rejigged training system.

I’m tempted to call this latter part of the game flat-out boring, but I know that there will be a sizeable minority who will love moulding individual players as they see fit.

SI has given the game a bit of a spruce up for 2019. The refreshed UI is neater, cleaner, and more rounded. It’s very purple, but opinion on that will vary.

More importantly, it’s never felt easier to control FM on a 10-inch display. The virtual buttons are chunkier, more pronounced, and more responsive. Everything runs snappily, even on an ancient iPad Air 2. 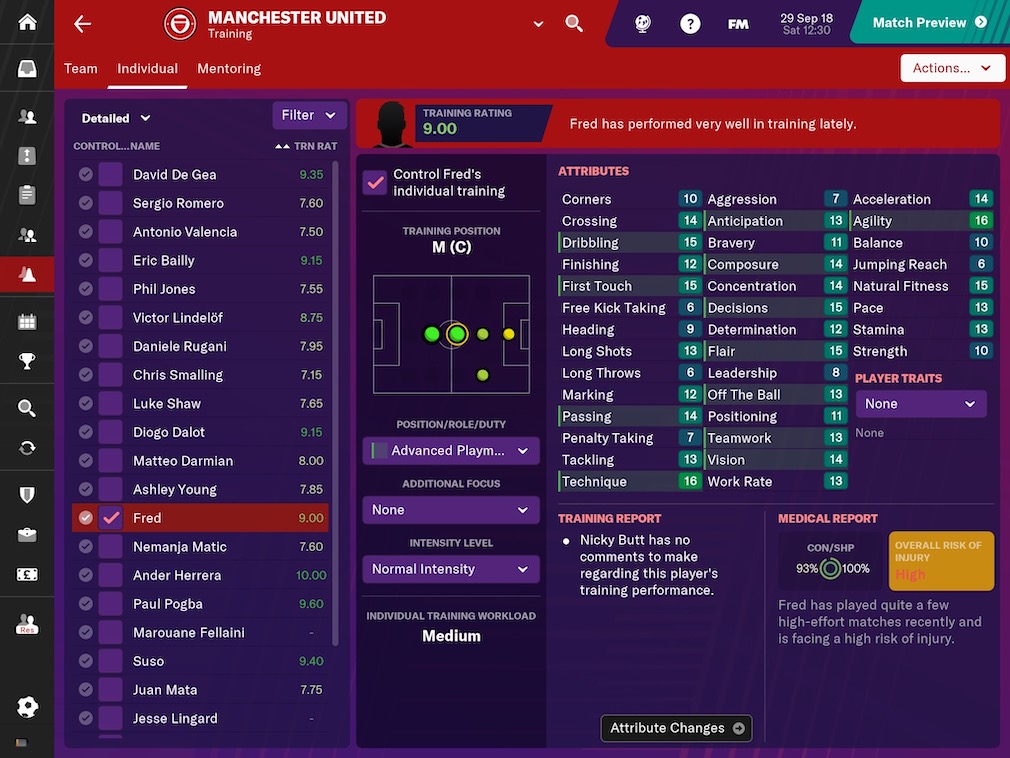 Swapping players in an out of the match day squad initially feels more rigid than I remember it being, but it’s also more consistent and dependable. It’s a little annoying having to press a button to switch between the fitness and positional suitability gauges, but there’s clearly been an effort to declutter reams of tactical information on offer.

While we’re talking tactics, I appreciated the provision of pre-set overarching tactical styles. So, you can set you team up for a Klopp-like Gegenpress, a Pep-like Tiki-Taka, or even a Sarri-like Vertical Tiki-Taka, to name but three.

This alters your teams approach to all three phases of play - in possession, in transition, and out of possession - though you can then dive in and tweak each micro-element to your heart’s desire.

First-time players will find Football Manager 2019 Touch a more friendly beast than previous iterations. Not only is there the aforementioned automation element, but there’s now a comprehensive tutorial function that’s been implemented into the game.

Each time you enter a new section, you’ll get a few lines of description, with relevant buttons highlighted. It’s still a lot to take in, but it’s a much-improved way of introducing new players to this dauntingly deep game.

This is very much Football Manager Touch as we’ve come to expect it then. It’s still the finest sports management game on any mobile platform. There really is nothing that even gets close to it on iOS or Android.

But this year’s effort is just a tiny bit friendlier, softer, brighter and less abrasive than before. It’ll still dazzle you with its tactical know-how, but I suspect more players will be able to come along for the ride.

Football Manager Touch 2019 remains the best sports management game on mobile, but it’s also just a little more inviting and friendly than before
Next Up :
Netflix Desta: The Memories Between review - "Pass the ball and conquer your dreams"

Dungeon Merchant lets you run your own fantasy RPG shop, coming to Android on October 31st