Radiangames is continuing to churn out mobile game releases this year with the launch of Fluid SE next week.

Fluid SE is an arcade time trial racer that has you racing around simple tracks as a wriggling fish-like creature.

Like in Pac-Man, you'll need to eat a series of dots to complete each level here. However, your main enemy in this game is the tick-tocking of the clock.

Upon making its announcement today, Radiangames said that there are some frame rate issues present in Fluid SE on mobile.

For this reason, there are plenty of graphics options available so you can hopefully get it running at 60 frames per second. It's important that you do if you want the best times.

Another disappointing fact is that Google Play achievements and leaderboards won't be supported in the game. Apparently, Radiangames just couldn't get them working. 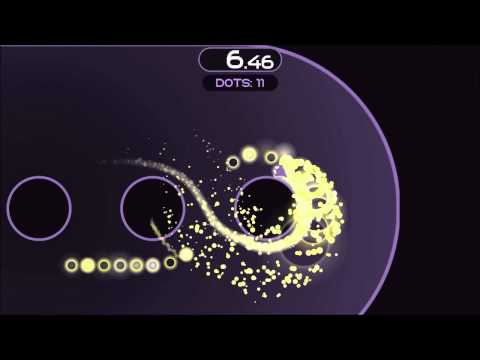 Fluid SE started out life as an Xbox 360 game that, for some reason, was never ported to another platform.

Of course, that'll all change come June 12th, when it surfaces on iOS, Android, and Windows Phone.

Before you go, it's worth noting that Radiangames currently has a bunch of Android games on sale at 69p / 99c until the end of the day.

You can see all of the games on sale on Google Play here. Or if you prefer, you can spend your money on the Amazon Appstore.

You'll have to be quick, mind.

[Update] Out now: Fluid SE is a super-fast dot-gobbler for iPhone and iPad