There's a hush. The arcade is entranced. The rattle of coins has dulled to almost total silence.

Only one controller is clacking, only one machine beeping. It's going to happen. Someone is going to beat the high score.

Concentration is etched on the challenger's furrowed brow. The arcade is holding its breath. The score inches up, a painstaking crawl towards something spectacular.

But no! Tragedy! A mistimed button push has ended the run. There'll be no celebrations tonight, only deeply melancholic discussions about what might have been.

The challenger types in a name. And there it is, displayed for all to see, a run that almost toppled the best. Four points. Two more pipes and it would have been a record.

Yes, there's a Flappy Bird arcade machine. No, I don't understand either. 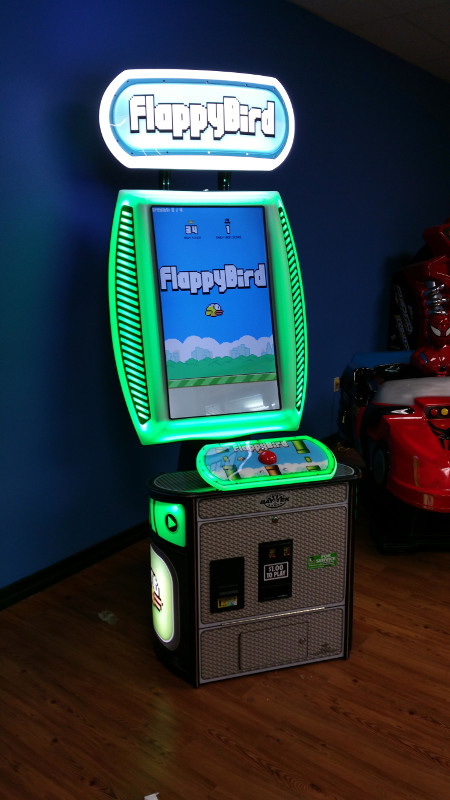 Reddit
Next Up :
Monopoly Tycoon is a city-builder simulation tycoon game based on the iconic board game, out now on iOS and Android