And who can blame him?

You'll probably have see the new floating around a bit these past couple of days, but yes, Scott Cawthon is taking a break from the series. 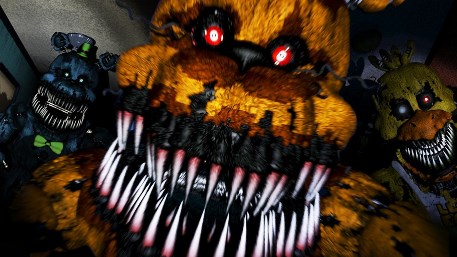 Originally posted at the end of last week, and updated recently, Cawthon states that he was teasing what could have potentially been FNAF 6 but has decided to scrap the project after realising he doesn't want to do it anymore.

When talking about the potential FNAF 6, Cawthon said, "--after forcing myself to keep working on it day after day, I realized something- I just don’t want to work on this. With each game's release, I think the expectations get higher and higher for the next, and rightfully so. Each game SHOULD be better than the last! But that pressure starts to mount, and I fear that I've been neglecting other things in my life for the sake of trying to keep up with those mounting expectations."

Given his reputation as a bit of a misleading trickster, it's no wonder people are finding it hard to believe him this time around. But, in a 'Part 2' update he clears a few things up. Yes, the game is cancelled rather than 'on hold', yes he needs a break, and no he's not trolling.

So far he's looking into making something more lighthearted, so we'll see where his future projects take him...or, if he is in fact still trolling and we get trolled doubly I won't be mad at it.