There's an AR game in the works at least

Wow, it feels like absolutely forever since we last chatted about Scott Cawthon and Five Nights at Freddy's, but I guess we can't go too long without some FNaF love. There's no new game in the works though, no, but there might be some interesting projects on the horizon for fans of the series. 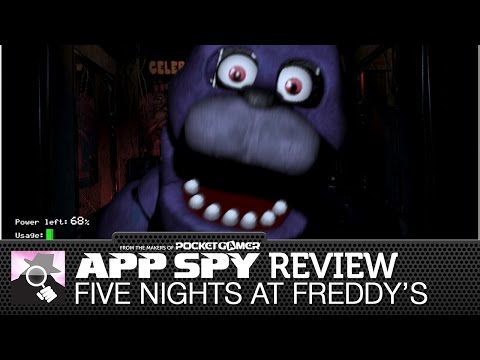 I'm sure you know what FNaF is - you know, brown bear, yellow bird, purple rabbit? All rather disturbed-looking? Try to kill you any chance they get? Okay, cool, we're on the same page.

We know that there's been a movie in the making for some time now and a recent post by Cawthon over on Steam sheds a little more light on that particular project. In the same post, however, he also talks about a couple more things: an AR/VR game and console ports.

While the VR Tech Demo is complete, the AR game is still in its planning stage. There weren't any details on what form the game'll take, but I can only imagine it being similar to FNaF in terms of its layout. Though, if it's another 'GO' game I'll eat my shoes.

A section on console ports also mentions that there's been a deal signed and the ports are in progress, but we don't know what to expect overall. I mean, it'd be silly not to bring the games to Switch - maybe even with local co-op play - but it's too early to get excited yet.