SkeinGlobe and LINE GAMES’ First Summoner is an action-packed strategy RPG where you’ll be challenged to formulate the perfect deck and execute your very own strategies in order to seize victory against both AI and online opponents. The game is now available for iOS and Android devices in over 142 countries. 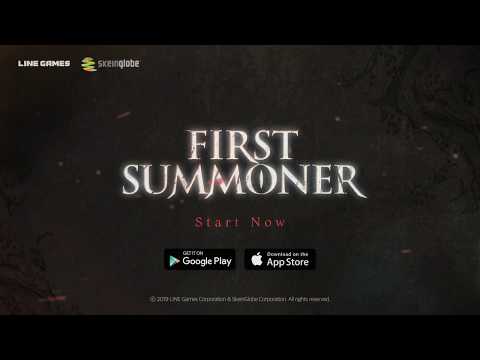 If you’re looking for a sizable game to sink your teeth into, First Summoner might well be for you. On top of the main campaign, there’s a challenging PvP arena called ‘Snake’s Head’ to duke it out in, and even a roguelike mode where you make your way through an endless treasure-filled dungeon.

The game was built from the ground up for one-handed play in portrait mode, so you can expect slick design all around. The core idea is that the player will get full manual control over their chosen hero and deck of six cards.

The deck itself can be made up of various summon and spell cards, and the ultimate key to winning lies in formulating the best deck for any given scenario. You’ll want to experiment with your deck as much as possible, and the game makes it super easy to do so.

To celebrate First Summoner’s global launch, you’ll be able to take part in the opening event, ‘A 7-day Journey’, which will run through to August 1st. During the event, there will be daily missions to tackle and a Legendary Card to unlock.

If you’re on the hunt for a game that demands tactical thinking at every turn, you’ll find First Summoner available for download now over on the App Store and Google Play.

What's A Preferred Partner Feature?
From time to time Steel Media offers companies and organisations the opportunity to partner with us on specially commissioned articles on subjects we think are of interest to our readers. For more information about how we work with commercial partners, please read our Sponsorship Editorial Independence Policy.
If you're interested in becoming a Preferred Partner please click here.
Next Up :
UNO! Mobile launches esports tournament with a solid gold UNO card up for grabs