So, if you fancy some twin-stick shooter action with only one stick and no shooting, you're in luck.

In our review of Fireball SE on iOS back in March 2012, we said that it "has the energy and appeal to last for quite some time". We promptly handed the game a Silver Award.

Essentially, it's an extension of Geometry Wars 2's Pacifism game mode, albeit with a fiery twist and bombs instead of gates.

You pilot a spaceship with no weapons through an enclosed section of the cosmos, endlessly pursued by an ever-increasing number of bad guys. Your only way to thin the numbers is to detonate the bombs scattered around the level. 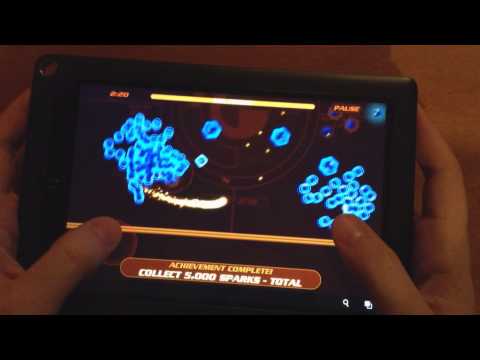 At first, you'll be doing just that by flying straight through the bombs. Pretty soon, however, you'll realise that smart players just graze the explosives, setting them on a timer then positioning their pursuers to make sure they take the brunt of the blast.

The Meltdown power enables you to slow down time, but the charge only lasts for so long, so you need to make sure you don't waste it.

With three different game modes to master, Fireball SE has enough arcade action to keep most people entertained for a while. You can grab it right now from the Google Play Store for just £1.49.