There are two angles to consider when looking critically at Fire Emblem: Heroes. First, there’s that name, and the fact that this is Nintendo’s second bite at the mobile gaming cherry.

And then there’s the fact that this is a mobile game - so you need to strip away the Nintendo fanfare and the Fire Emblem branding and look at the experience that lies underneath all of that.

So while fans of the big N might be disappointed with the route that the game takes, mobile players might well find an intriguing casual RPG with more meat than most for them to sink their teeth into.

The set up for the game is pretty simple. You’re a legendary hero pulled through into a world that exists in a state of constant war. And you can pull other heroes from various Fire Emblem games past to help you.

From there you build up a team of warriors and head out into a variety of different worlds to beat up the bad guys and restore peace. You know, the usual.

The battles, which make up the core of the game, are simple affairs. You swipe to move your heroes around grid based levels. Swipe them into an enemy and you start a fight. 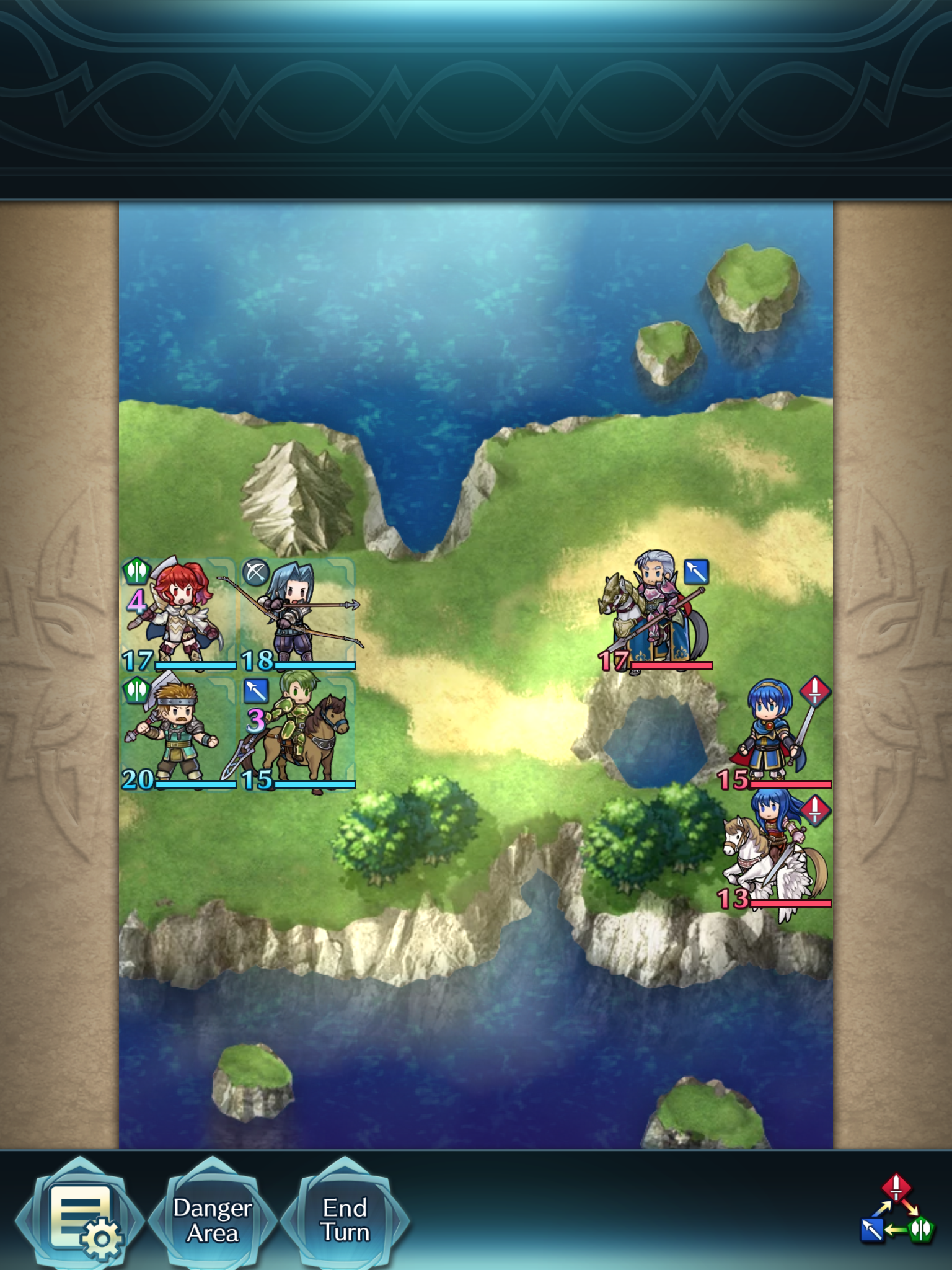 You don’t have that much control over the actual violence. The view changes, your characters will whomp things, some numbers will flash up, and then it’s back to the map screen to move things around again.

That’s not to say that there isn’t a level of tactics here though. There’s destructible terrain, a weapon triangle that shows you the strengths and weaknesses you have against your opponent, and different styles of fighters.

A lot of the strategies you’ll employ are made before the fight even starts, making sure you’ve got the right mix of heroes to counter any threats. And once you’re in the heart of the battle, you’re figuring out the best moves to make to secure victory.

There’s a lot to like here, if you’re a fan of a less hands-on approach to the RPG genre. Which brings me back to my original point - the duality at the heart of Fire Emblem: Heroes.

If it didn’t have that name, if Nintendo didn’t make it, then no one would bat an eyelid about the score it’s going to get. But everything the game tries, it pulls off. It’s stylish, it’s entertaining, and it’s more challenging than it at first appears.

Then on the flipside of that, Nintendo did make it. And you can argue that it’s not up to the usual high standards we’d expect from the company. It’s a good game - it’s not a great game.

So in the end, I think the best thing is to pick it up and have a play. I was pleasantly surprised, you never know, you might be too.

It might not be the Fire Emblem game you wanted on mobile, but it's the one that we've got, and it's pretty solid
Next Up :
Turtle Beach Recon Cloud review - “A great controller, but maybe not best-suited for mobile”