Brings in tales from Fire Emblem games of yore

Today marks the two-and-a-half-year anniversary of Fire Emblem: Heroes, perhaps Nintendo’s most successful foray into the world of mobile games. To celebrate, it’s throwing an exciting summer festival where you’ll be able to take part in special events and earn helpful bonuses. Now, I'd look at our FEH tier list in case you are wondering what are the best heroes.

The news arrived as part of the latest entry in the Fe Channel series that runs over on Nintendo’s YouTube. You can expect daily login bonuses as well as daily reward maps for special loot. There’s also set to be summoning events where you’ll be able to collect powerful characters that you might not have had access to previously.

On top of that, Nintendo is also planning double SP and double EXP events, making this a great time to get involved if you’re new to Heroes. Later this month, the third round of the Choose Your Legends series will take place. It’ll feature, among others, Alm: Imperial Ascent and Camilla: Light of Nohr.

A Hero Fest, which features Tiki: Torpid Dragon and Sutr: Ruler of Flame, will also launch this month. Then there’s Lost Lore which gathers together a handful of tales from earlier Fire Emblem games for what will likely be an extremely popular event. Look out for that one on August 13th. 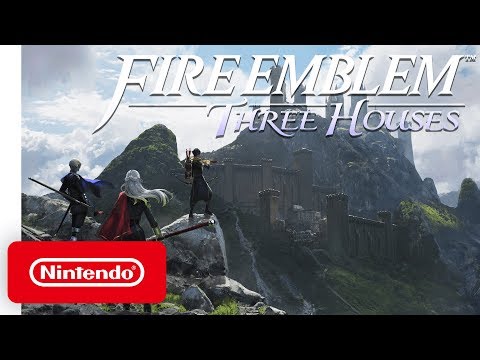 It’s great to see Fire Emblem: Heroes – and the Fire Emblem series in general – continue to do so well. The recently released Fire Emblem: Three Houses is one of the best games released so far this year, earning critical adoration for its characters and storytelling, and I’ve heard nothing but good things about Heroes since its launch.

If you’re interested in getting involved in the summer celebration, you’ll find Fire Emblem: Heroes available for download now over on both the App Store and Google Play.

Check out our news section to discover the latest, and greatest, games.
Next Up :
Idle RPG Figure Fantasy welcomes Hatsune Miku in a new collaboration event