In the Evangelion x Final Gear limited-time collaboration, players can save the world from the Angels by completing event stages and scoring SSR pilot Shinji Ikari for free. Players will also get to enjoy a new tactical map of Tokyo-3, as well as event-exclusive SSR pilots Rei Ayanami and Asuka Shikinami Langley along with their corresponding mechs from NERV. In particular, Rei's Evangelion Unit-00 is a Defender while Asuka's Evangelion Unit-02 is a Shooter unit.

In the second part of the collab from December 16th, SSR pilots Kaworu Nagisa and Mari Makinami Illustrious will also be making an appearance. This includes their corresponding Mark.06 (Occupation: Demolisher) and Provisional Unit-05 (Occupation: Striker) mechs as well. 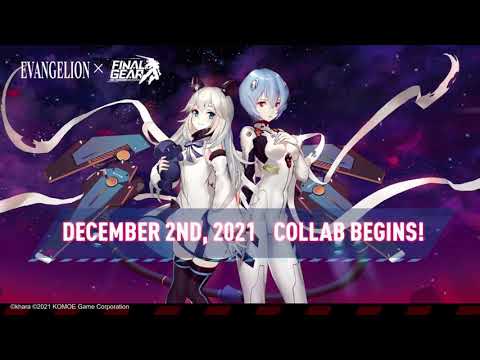 If you're eager to join in on all the festivities during the crossover event, you can download Final Gear for iOS or Android devices as a free-to-play game with in-app purchases.

Final Gear codes you can use for extraordinary gifts (January 2023)