More than a little inspired

Sometimes, when there's a gap to fill in the market, someone will come along, plug it, and we'll just turn a blind eye to the rather obvious similarities to its inspiration.

Take Oyatsukai's Final Freeway 2R, for example, which is clearly inspired by the classic OutRun racing series - and then some. From the visuals and the bendy public raceway, to the fact that you have one guy and one leggy blonde lady in your car, Final Freeway 2R doesn't exactly hide its influences under the bonnet.

However, until there is an actual OutRun game for smartphones, we will comfortably make do with this take on the genre.

Final Freeway 2R comes with 14 stages; road splits so you can choose which way to go; three music tracks; three characters; Game Center integration; and three difficulty levels. So, you're definitely getting plenty of bang for your buck with all that content.

Check out the trailer below, then visit the App Store if you want to pick it up. It's a Universal app, and is priced at 69p / 99c. 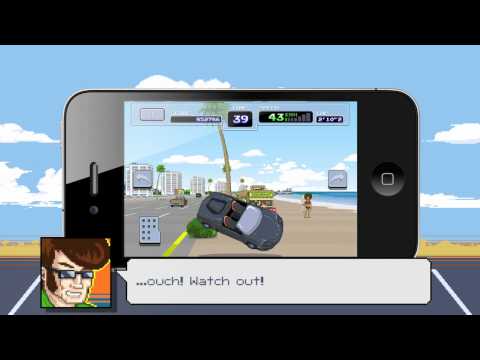 Subscribe to Pocket Gamer on
Next Up :
SumoVolley lets you play volleyball as a sumo wrestler, coming to iOS and Android next year