It's not especially new news that Square Enix is planning a Nintendo DS remake of the classic Game Boy RPG SaGa 2: Hihou Densetsu: GODDESS OF DESTINY - or Final Fantasy Legend II to you and me.

Naturally, the old black and white handheld game will be fleshed out into full 3D when it Nintendo's dual screen console in Japan this September. It'll also boast a four player multiplayer mode, allowing gamers to team up and take down bosses to receive a rare items as a reward.

Kotaku has also picked up on a special 20th anniversary Final Fantasy Legend II branded edition of the DSi console, which looks subtly spiffing, I must say.

No news as always we'll be seeing a European release of either the game or the nicely decorated DSi, but we'll let you know as soon as we hear anything. 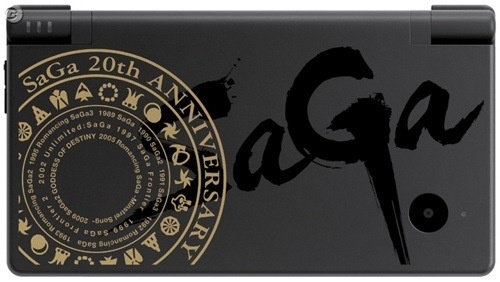